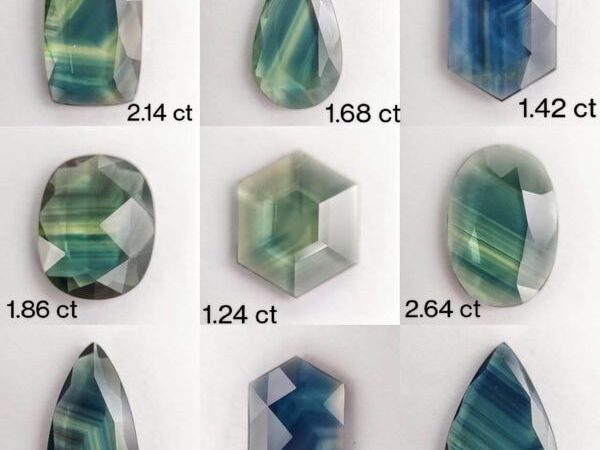 It’s no longer an age where only diamonds are seen as worthy of being the only gemstone that can be invested in. With growing consumer knowledge and the need for quenching the thirst for an individualistic approach to owning a gemstone, sapphires have become a crowd favourite among diamond alternatives now.

Coming in a beautiful combination of two to three colors, parti sapphires have become the aesthetically pleasing go-to among all gemstones. Parti sapphires are also known as polychrome sapphires. Whether you want to add them to your jewellery collection or before you buy a stone for your engagement ring, it will be helpful to read more about this uniquely colored gemstone.

The mines from Montana, Kenya, and Australia are the primary ones where parti sapphires are found. Being the source with the most abundant supply, Australia is one of the most important and well-known parti sapphire suppliers, especially yellow ones. One of the major sources of sapphires has been in the eastern parts of Australia, which is where basaltic rocks that formed due to volcanic activity are present.

The parti sapphire gem stone supply from Australia gives yellow to yellow-green colored ones or a combination of yellow, blue, and green. Montana parti sapphires come in blue, purple, and lavender zones. The parti sapphires from Kenya are found in a greener shade that seems to be going toward the color yellow.

Parti sapphires are famous and unique because of their rare colors that have come about naturally. The iron imparts the yellowish brown color, while the blue tones are due to a higher concentration of titanium than that of iron. The green sapphire color is achieved if there is more of iron than titanium in the sapphire. Yellow and green parti sapphires are quickly becoming the most popular ones.

Parti sapphires in Australia are igneous in type meaning they contain iron in significant amounts. These iron levels lead to a darker hue in the gemstones. Parti sapphires from Australia will sometimes have all three colors of yellow, blue, and green, and sometimes a combination of only two of those colors.

There are distinct partitions (“parti”) among the multiple colors the gem has, thus giving you a stone that displays more than one color in a very clear way. Each parti sapphire stone is different from the other. Nature makes sure that no two parti sapphires will have the same color zoning. The color distribution is in such a way that they are complementary to each other.

Since darker tones in parti sapphires might dull down the effect of the color banding, consumers often go for medium-toned ones that show the multi-colored hues of the gem in just the right way.

Teal sapphires have a blend of colors in them whereas parti sapphires have clear color zoning. Zoning happens primarily due to trace minerals interacting with the elements in the gemstone’s structure during its formation stage.

Cuts you should go for:

It is important to know which cut will ensure that you get the best out of the color zoning in your parti sapphire. Cuts should be made with precise and purposeful angles. Custom cuts are the way to go in the case of parti sapphires. The high level of iron in parti sapphires from Australia leads to a dark shade, so to reduce the intensity of the darkness, many of them are low heat treated.

The parti sapphires from Australia are known to show their best form when cut at shallow angles. This makes the gemstone’s colors appear lighter and more brilliant. The gem cutter can get precise and creative to find the best way to enhance the different colors of this gemstone.

Australia is known for its ethical gemstone mining methods and the importance given to environmental and labour laws. Mechanized mining operations make sure the sourcing of the sapphires is well organised. The working conditions for the miners are ensured to be fair. The mere mention of Australia guarantees that the sapphires will be mined ethically and with traceability.

Because of the distinct way this gemstone is colored, parti sapphires cannot be made in a laboratory and are natural. This makes sure that those beautiful colors of this natural sapphire stone will not fade with time. Moreover, there is now a growing awareness of the benefits of untreated gemstones.

An investment in wholesale parti sapphires is most definitely a good idea right now given how lucrative these particular gemstones have fast proven themselves to be. Parti sapphires from Australia are the perfect buy for consumers who are looking for a non-traditional yet durable and brightly colored gemstone. With the right cut, parti sapphires can be the best stone for your engagement ring. 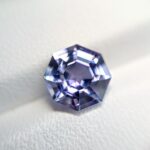 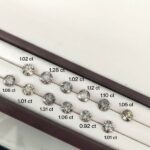 Next Post Investing into the Diamond Market today: The Surat Salt and Pepper Diamond Trade