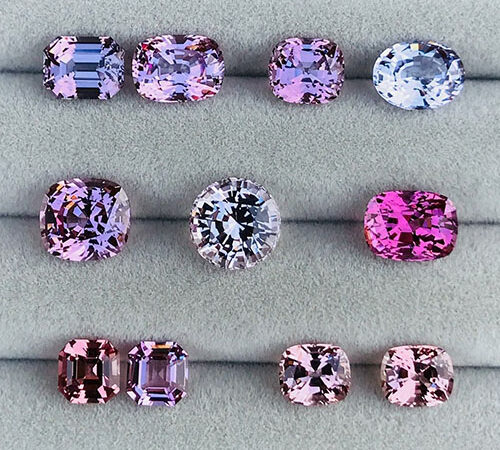 If there is one stone that has a brilliant origin and evolution story, it is the spinel gemstone. Vastly mistaken and under-rated, spinels have quietly existed alongside their more vibrant cousins like rubies, sapphires, and diamonds. Some of history’s most famous gemstones have turned out to be spinels actually when an accurate estimation of their chemical properties was made.

With more and more collectors and enthusiasts becoming invested in this naturally beautiful spinel today, there is so much curiosity about this hitherto unknown stone. Here is all you need to know about spinels, the hidden stars of the gemstone world.

Famous Gemstones That Are Actually Spinels:

Spinel gemstones have been termed the imposters of the gemstone world. For centuries, the red or pink spinel has been confused for rubies. Since spinel is often found in the same deposits as rubies, many miners and traders were unable to differentiate the two. This resulted in many spinel gemstones being marketed as rubies or as sapphires if blue spinel was found along with sapphire deposits. In 1783 when legendary mineralogist Jean Baptiste Louis Rome de Lisle finally separated spinel from ruby, the technology to accurately differentiate the two stones were developed.

Thereafter many legendary stones have been discovered to be spinels. The Hope stone, a classic beauty that reigned over Henry Philip Hope’s massive gemstone collection was mistaken to be a rare ruby for the longest time. This is because larger spinels are often free of inclusions. Mined in the Kuh-i-laal mines in Tajikistan, this rare seductive stone surprised the world by being identified as an exceptionally beautiful spinel. 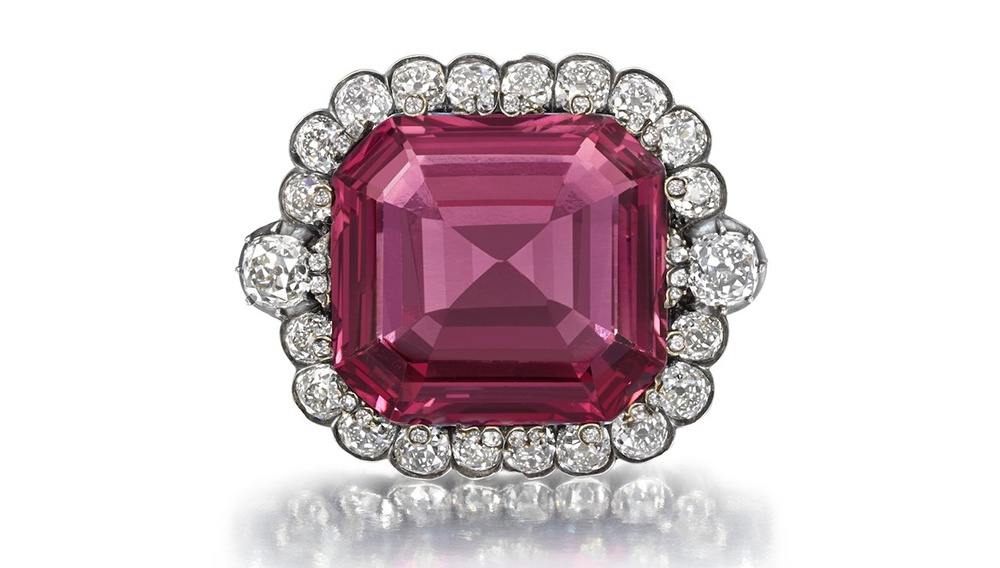 Another spinel discovery that astounded the world was that of the Black Prince’s ruby that frames the British Imperial crown today. Throughout its rather colorful history, this blood-red stone was prized as a ruby. However, this magnificent 170ct stone is a spinel! A classic case of mistaken identity. 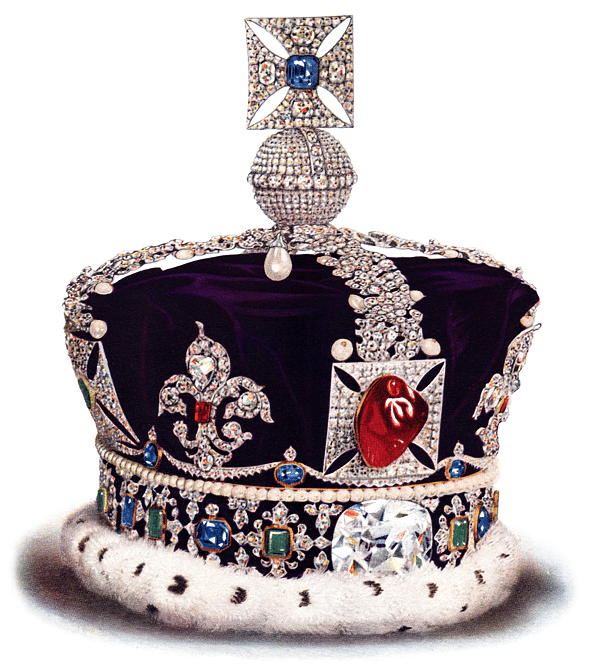 The English courts seem to have an unconscious soft corner for spinels. The 352 carat Timur Ruby presented to Queen Victoria by the East India Company is another priceless spinel that is housed as a precious crown jewel. 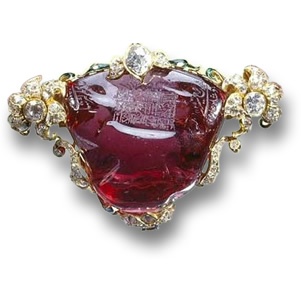 Not just the English, but the Russian Imperial House have had their fair share of adventure with spinels too. The 398.72-carat ruby that became a part of Catherine the great’s coronation in 1762 was a spinel acquired by the Russian envoy in China. 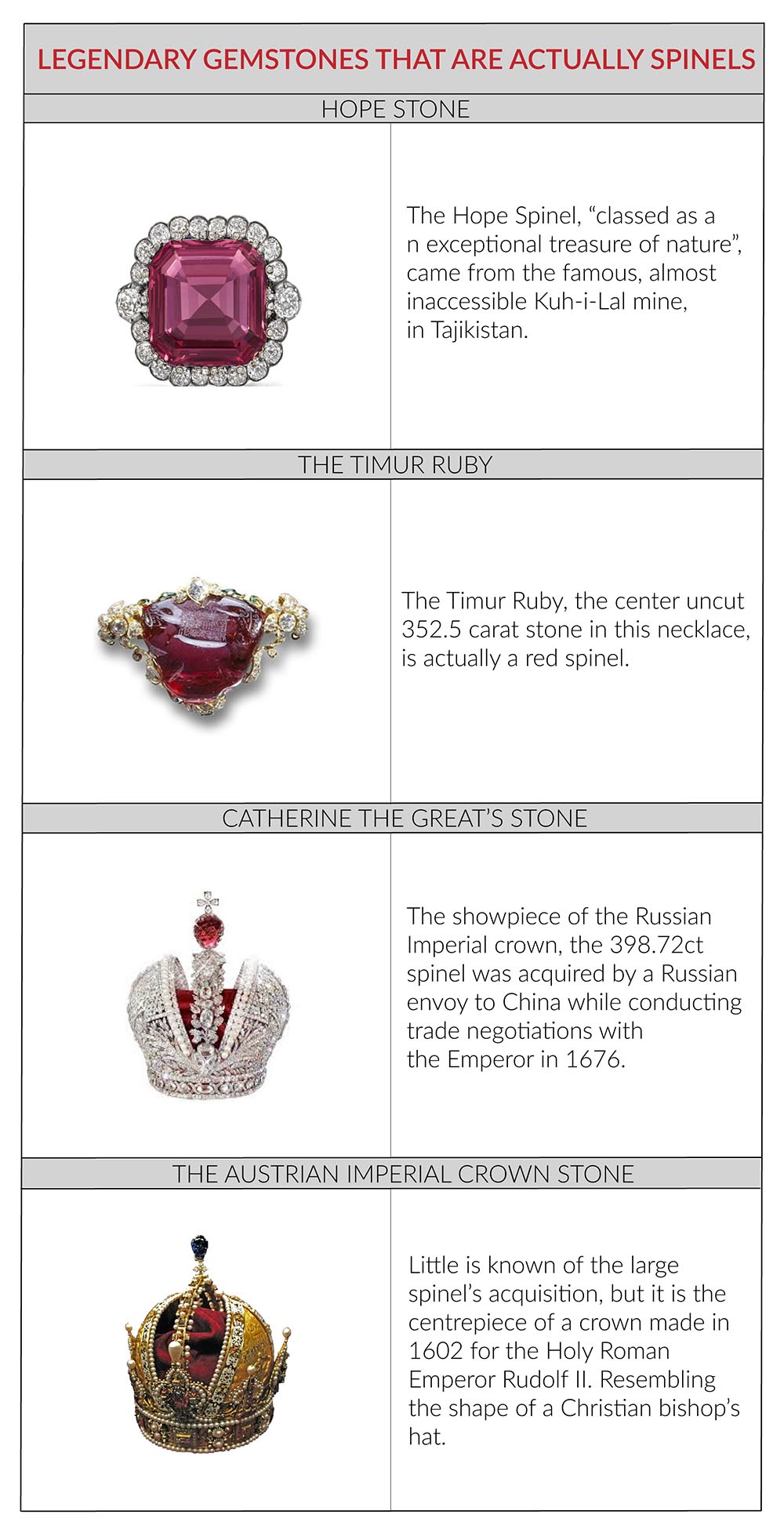 DIFFERENCE BETWEEN SPINELS, RUBIES, AND SAPPHIRES:

Interestingly, while the structural differences were recognized in Myanmar around the late 1500s, European gem traders continued to misidentify spinels till the mid-1800s. Today we are equipped with sophisticated testing techniques that can easily recognize the minute differences between
these stones.

The basic difference between spinel and corundum,i.e., rubies and sapphires like is their very chemical structure. Spinel is mostly Magnesium Aluminium oxide (MgAlO 4 ) whereas corundum is primarily Aluminium Oxide (Al 2 0 3 ). While rubies and sapphires are made up of symmetrical hexagonal prisms making a hexagonal crystal system, spinels are composed of octahedrons and dodecahedrons which form an isometric crystal lattice. Spinels are slightly lower than corundum on the hardness scale at 7.5 t 8 Moh hardness number.

One of the biggest advantages of spinel is its extreme durability. With an 8 on the Moh hardness scale, the only stones harder than it is diamonds, rubies, and sapphires. Therefore they are great for everyday wear as they can resist scratches, wear and tear. They are also low on maintenance and resist electrical shocks. Spinel gemstones are not treated and have a natural hue that remains consistent in different lighting conditions. All these properties make spinel a perfect candidate for the millennial engagement ring market!

Spinels are mined all over the world. One of the earliest records of spinel mining is from the deep mines of Afghanistan. The oldest ones have been dated back to 100 BC and were found enshrined in a Buddhist temple in Kabul, Afghanistan.

Since most of the mines in Central Asia have been depleted today, spinels are primarily found in South Asia and southeast Asia. Sri Lanka has the most prolific deposits of spinels along with its deposits of rubies, sapphires, and garnets in the Ratnapura district of the central highlands. We source most of our rough-cut spinels from Vietnam, Cambodia, and Myanmar.

Myanmar’s Mogok district produces such beautiful, naturally lustrous stones that the locals believe that they are polished by spirits! Northern Vietnam produces a range of spinel colors ranging from deep red, purple, pink, violet, and violet-blue. These mines also house vivid blue spinels that make for an exclusive range in the gemstone market. We ensure that all our stones are ethically mined and sourced from conflict-free regions. 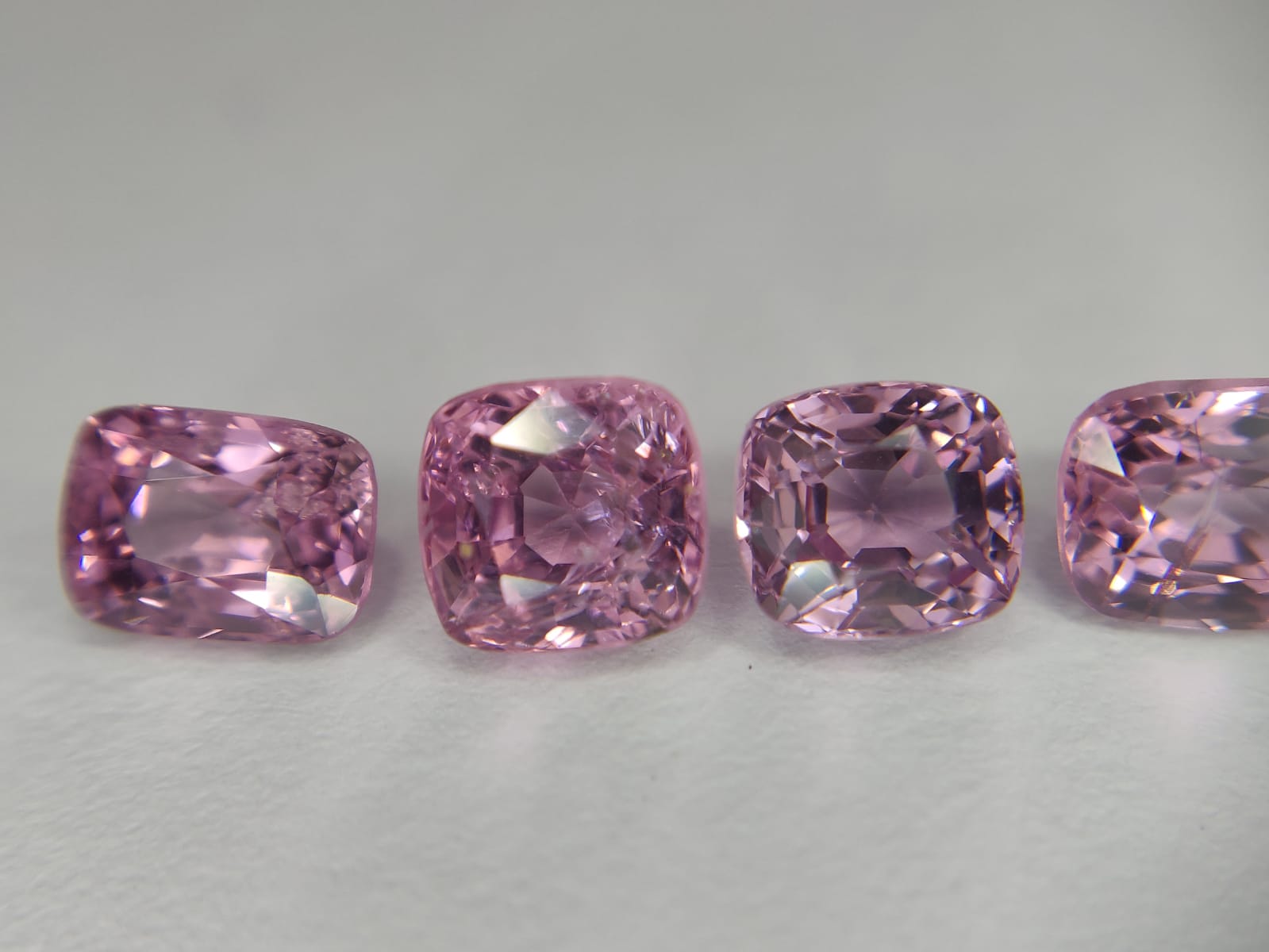 The most common spinel colors are red and blue. Between these two colors, the hues range from highly saturated to perfectly pastel. This wide range of colors makes spinel gemstones difficult to distinguish from other stones as they can perfectly mimic the look and feel of rubies, sapphires, and even diamonds.

Spinel gemstones come in a range of other colors too, some of the most popular ones being yellow spinel, purple spinel, and pink spinel. Colorless spinels and black spinels are quite rare and can be found in combination with other red and blue spinel stones.

In the original list of birthstones set up by the National Association of Jewellers, now the Jewellers of America, spinels did not figure. In 2016, spinel was updated as the august birthstone along with peridot. This has greatly widened the color palette range for august babies, giving them a rainbow range of choice beyond the yellow-green peridot. Red spinels are believed to relieve blood-related ailments and inflammatory diseases. They also work great as a 22 nd anniversary memento!

WHY ARE SPINELS TRENDING TODAY:

Spinels have been the center of controversy since ancient times immemorial. The modern-day controversy is around the fact that a majority of synthetic gemstones have been termed as “synthetic spinels”, earning them a negative reputation. Interestingly, it should be noted that most rough-cut spinels are naturally so lustrous, that they don’t require any kind of treatment. The biggest proof of their natural beauty lies in the empirical evidence that spinels have been the hidden star of the gemstone world, gracing exclusive collections of legendary collectors while being mistaken for other stones.

Spinels come in a range of spectacular and unusual colors. If one is bored of the mainstream blood-red ruby color or the corn blue sapphire color, spinels offer unique shades like space grey and space green which look akin to the moon and planets. Spinels have a natural luster and present without any inclusions, making them quite valuable too.

A high hardness index, second only to rubies, sapphires, and diamonds, spinels make for extremely durable stones that can be worn on an everyday basis as you go about your daily chores. Scratch, heat, and chemical resistant, they retain their beauty with a minimum amount of maintenance. So if you are looking to invest in something that looks impeccable and lasts indefinitely, spinels are the way to go. Who knows, your humble spinel might be the royalty of tomorrow!

Spinel has been the hidden star of the show for many centuries. Its amusing history and spectacular properties make for the perfect addition to your collection.

We at Navneet Gems and Minerals house a plethora of rough-cut spinels and finished and polished spinels in a variety of cuts and designs. We deal in wholesale spinels and can also design and make spinel jewelry on order. Contact us for more details and let us get back to you. 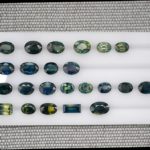 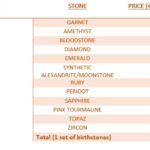