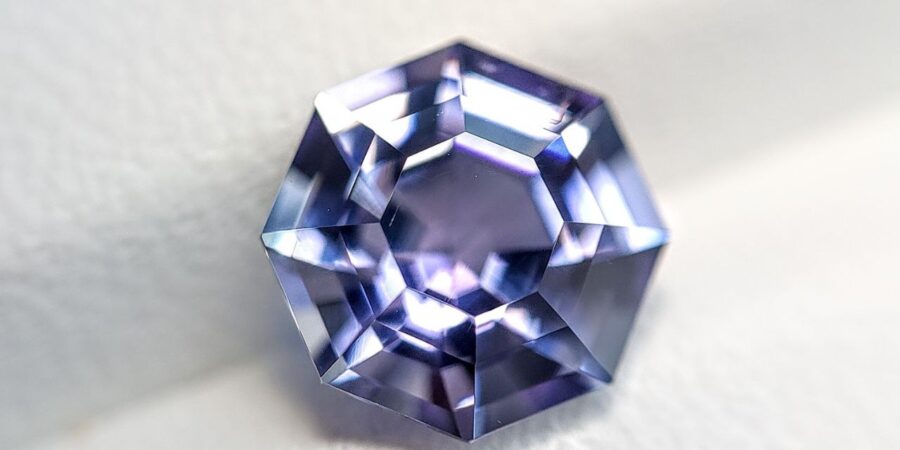 An Introduction to Natural, Unheated Tanzanites

We love sapphires, especially teal sapphires. We have been working with sapphires for almost 2 decades now and have dedicated a large part of our resources to developing our sapphire collection. However, now and then a particularly beautiful gemstone comes along that is difficult to ignore. The tanzanite is one of them. The sublime blues with a hint of pink and purple cutting across like a stroke of beautiful lightning have taken over the market, and not without reason! Also called the Blue Zoisite, this beautiful mineral has some peculiar features that makes it stand out. So let us get to know about it more.

Tanzanites were discovered first by a Masai tribesman in 1967, who in one of his adventures stumbled upon certain violet-blue, highly transparent crystals in the ground. He then sent word to Manuel D’souza, a local prospector who was in search of sapphires. D’souza soon discovered that these gems were in fact something undiscovered and quite different from sapphires. He claimed mining rights with the government and began mining these gems which came to be known as Tanzanites later on.

Tiffany & Co. were the first ones to identify the commercial potential of these remarkable gems, which was identified as “Zoisite”. They introduced them into the market with the trade name of “Tanzanite” by launching a publicity campaign in 1968. The name Tanzanite was chosen to portray its limited geographical occurrence and singularity. Interestingly, these were the first transparent blue gems to be introduced in the market, which made them exceedingly popular soon after their launch. And now, almost 50 years later these gems are making a comeback in their raw, untreated form.

A fun fact about Tanzanites is that they only have one single source in the whole world. They are found exclusively near the foothills of Mount Kilimanjaro in a remote area known as Merelani. Moreover, these mines are located within an area of eight square miles, which makes them more distinctive and rare. As these gems are derived solely from these mines, any glitch in their production can adversely affect its trade. 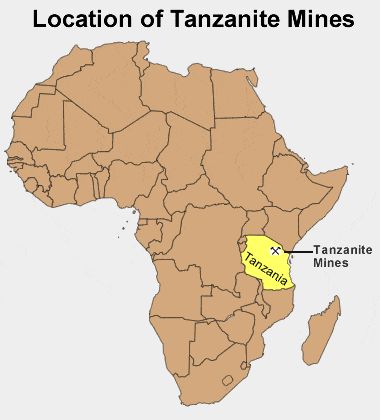 The only commercial source of Tanzanites is Merelani,  Tanzania

Tanzanite are a variety of the mineral Zoisite, which are deposits formed during the hydrothermal alteration of igneous, metamorphic and sedimentary rocks. Tanzanite are basically zoisites that occur in the shades of blue through bluish purple to violet.

An interesting feature that sets tanzanite apart is their property of pleochroism. Pleochroism refers to the phenomenon that makes an object appear to be of a different color when viewed from different crystallographic angulations. Tanzanite usually exhibit shades of blue, purple and red in different tones when viewed from various directions. Depending on the number of colors seen in each direction they can be dichroic (two colors) or trichroic (three colors).

The above specimen is trichoic in nature as it exhibits three color tones when viewed in 3 different angulations. Source: www.iRocks.com

Latest trends in colors of tanzanite:

The most popular version of tanzanite has been the blue zoisite for a long time. However, the market demands changes in the face of stagnation and pastel tanzanite colors have been gaining in popularity. In the Bangkok gemstone circle, multicolor tanzanite apart from the blue and purple variety is a frequent inquiry.

In the current market, retailers should look to invest in color change tanzanite or multicolor tanzanite like teal sapphires that bear the appeal of multi sapphires. This provides the customer with a unique alternative in terms of color, as well as a lower budget. All this, plus an unheated, untreated naturally clear stone! A total win for all!

Natural tanzanite are predominantly bicolored like mermaid tanzanite or trichroic or tricolor tanzanite. This makes their cutting quite challenging for the lapidaries. To enhance their pleochroic nature, these gems have to be cut extremely precisely with special attention towards the orientation of the crystals. Eventually it is the direction of cutting that determines the overall face-up color of the gem. Remember that these tanzanite are not subjected to any color enhancing treatment, so the final cut should not only showcase the color blends, but must also preserve their clarity.

At Navneet Gems and Minerals, we undertake the whole production from the rough, which is obtained directly from the mines in Tanzania. We offer a wide variety of cuts and shapes with a range of different colors. Some of the popular shapes include hexagons, ovals and emeralds.

Traditionally, tanzanite have always been heat treated to enhance their color and saturation to give them their characteristic deep blue feature. However, these days the buyers are more inclined towards gemstones in their raw, untreated forms. Due to this, the popularity of unheated tanzanite has upsurged.

Here are a few key features that make them unique:

Did you know that the ‘Heart of the Ocean’, which was the sparkling deep blue “diamond” donned by Kate Winslet in the 1997 blockbuster Titanic was actually a 28 carat heart-shaped Tanzanite? 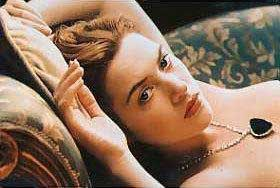 Like we discussed, pastel and bicolor tanzanite like mermaid tanzanite and teal tanzanite has seen a huge boom in popularity in the last year and will continue to do so. This is because, more and more people are looking for stunning stones within a budget. As one of the oldest gemstone wholesalers in Bangkok, we have procured both calibrated unheated tanzanite of 2mm to 5mm sizes and bigger investment pieces too. Bangkok is the hub for every trending gemstone, and it isn’t a wonder that some of the finest tanzanite specimen can be found with wholesalers in Bangkok.

A trend that is interesting is the fact that many customers who come looking for teal sapphires are also investing in bicolor tanzanite or tricolor tanzanite. The most popular amongst this multicolor tanzanite are the teal tanzanite and mermaid tanzanite. Do their names remind you of our all-time favorite teal sapphires? Well, both these stones share shades of blue and green (in equal measures in the mermaid version of both). However, there are quite the number of differences, which we will be exploring in the next article. So stay tuned! 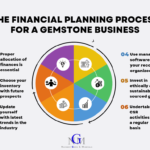 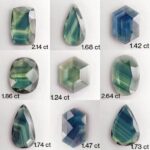