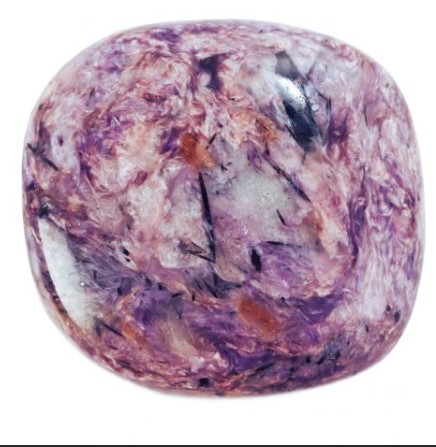 Single source gemstones are the stuff of stories that repose proudly in a connoisseur’s collection. Their value comes from the fact primarily that they are available is just one space in the world, making their access limited. They are usually made due to some isolated geographical activity that is peculiar to that area and the chance of finding the exact same conditions elsewhere is limited. Here is our list of the 12 of the world’s rarest single source gemstones.

Found exclusively in the Sakha Republic of Russia, Charoite’s vibrant purple color with colorful swirls of lavender was discovered in the 1940s during the construction of a railway track. The stone is so valuable that a part of the Russian government’s debt was paid off in slabs of this unique gemstone!

The term Charoite is derived from the Russian word “Chary” which means magic or charms. The bright chatoyant and iridescent appearance of the stone is occasionally marked with other colorful minerals such as black aegirine aggregates, golden brown tinaksite, and dark green feldspar. A uniformly colored charoite beam with few mineral aggregates has high-quality jewelry value and spotty beam charoite demonstrates a wide range of colors.

A stone with extraterrestrial origins is bound to be interesting. Believed to be caused by an asteroid impact over 15 million years ago in the Nördlinger Ries Crater and Steinheim Impact crater in Germany, the high impact caused much of the “impactite” to be strewn across the East Czech Republic, parts of Austria, and Germany.

The force of the impact splashed moldavite and other debris to the northeast, forming a strewn field covering parts of Germany, Austria, and the Czech Republic.

With a recent surge in interest in both faceted and natural moldavite has incurred a spur in fakes. These are made to look extremely realistic by etching the stones in hydrofluoric acid to recreate natural etching patterns. Therefore an expert option is mandated before the purchase to differentiate between natural and fake moldavite stones.

Classified by Forbes as one of the most expensive gemstones in the world, gem quality, clean transparent grandidierite goes in the range of $20000 per carat, making it more valuable than white diamonds! First discovered in 1902, this blue-green gemstone was confused for another similar rare stone called serendibite. However, French mineralogist Alfred Lacroix’s example revealed it to be a distinctive stone and he named it after French explorer Alfred Grandidier, who was an expert on Madagascar’s natural history. 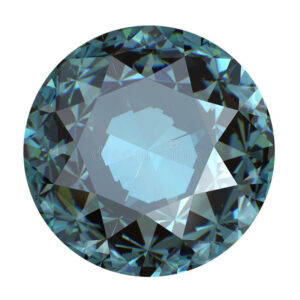 Once mined in Sri Lanka too, today translucent blue-green gem-quality grandidierite is found only in Madagascar. Larger sizes are so rare that one auctioned in Sri Lanka in 2018 weighing 4.15 carat made immediate ripples around the globe amongst gemstone connoisseurs.

Like many African nations, Tanzania is rich in a variety of colored gemstones, many of which are exclusively found there. The Tanzanian Natronite is one variety of naturally occurring cherry red quartz that is found only on a stretch of Maasai tribal land. What makes this stone unique is the fact that currently, this is the only source of natural cherry red quartz as most products named similarly in the market are synthetically colored. 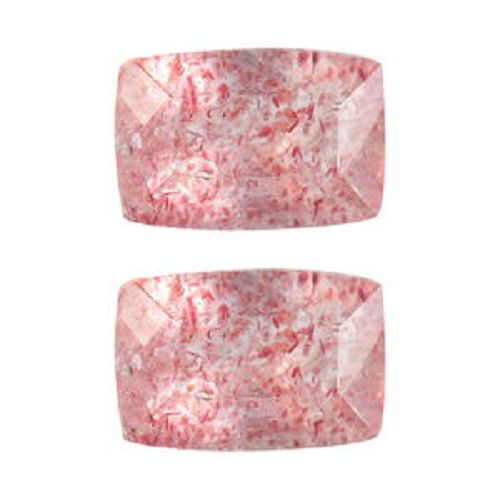 The cultural and ethical significance of this stone is again important. The Maasai are one of the last existing free indigenous tribes of the world, therefore accessibility is restricted in terms of geography and also preservational policies. Mining operations are limited to traditional, artisanal methods by the locals and tribesmen, which is essentially an additional income to farming and herding. 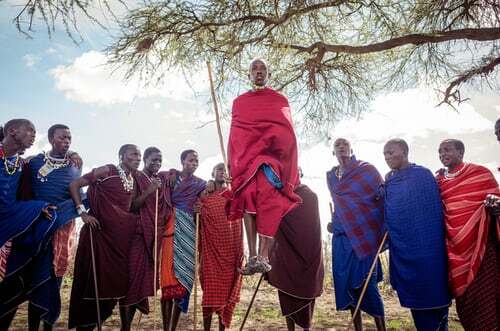 Tanzanian Natronite ranges in color from deep red colors to light pink tones and therefore draws comparison to a lot of red stones like garnets, rubies, and pink quarts. Since they are all-natural and are only a few years old in the market, they make an excellent example of rare valuable single source gemstones.

Tanzanite has been called the “Gemstone of a Generation” because this generation will be the last one able to buy stones from the primary market before the supply is exhausted. Discovered in 1960’s by Tiffany and Co in Tanzania, all existing deposits of this striking bluestone are going to be depleted by the next 20 years. Rarer than diamonds, tanzanite is mined in the Manyara region of Northern Tanzania in a small area of only 4 kilometers wide and 2 kilometers long at the foot of Mount Kilimanjaro.

Tanzanite has the capacity to overhaul the economic condition of Tanzania. In fact, in early 2020, a small-scale miner became a millionaire overnight on selling two of the largest tanzanite roughs ever mined, with a combined weight of 15 kgs. Tanzanite has all the necessary star qualities – rare in supply, trichroic property, and a positive social impact on the local communities. With proper governmental support and right policing, the true value of the gemstone has to be evaluated before the mines run out. 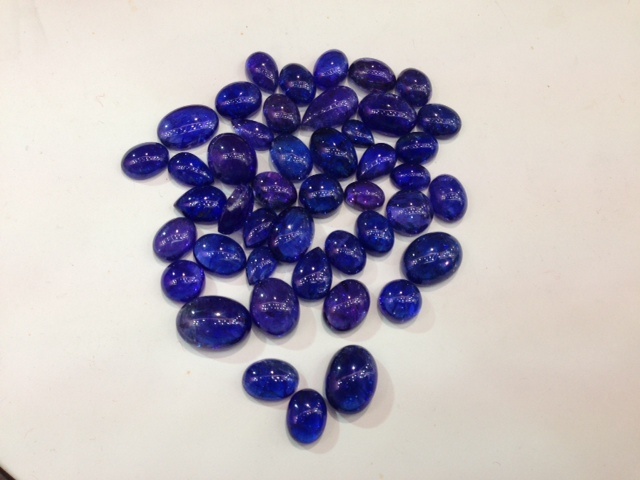 While there are enough and more synthetic units in the market, truly natural ametrine is a single source gemstone that is mined only in the Anahi mine in the Sandoval province of Eastern Bolivia. Ametrine is a unique bicolored gemstone that is purple amethyst on one side and orange citrine on the other side. 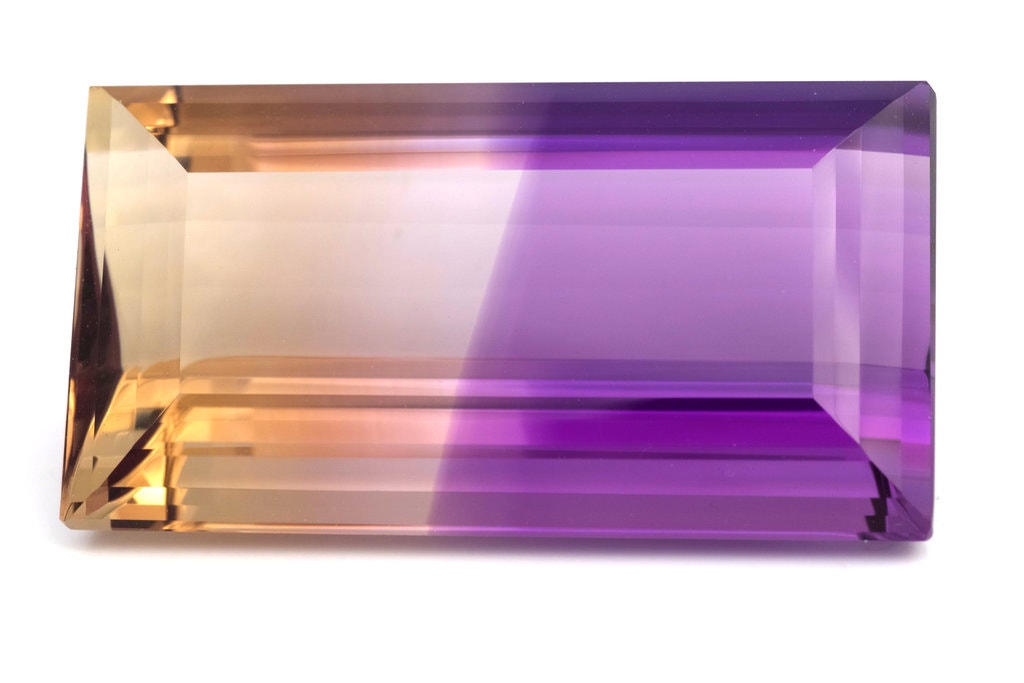 Gem quality benitoite was sourced only in one place in the world, the New Idria District in San Benito County, California. First discovered in 1907, the last benitoite mines producing any feasible quality of stone were operational in 2004 and any current unit in the market comes from carefully curated and previously-stored batches. Their strong dichroic stones are most popular as violet-blue but rare specimens are also available as pink and colorless. This color is imparted due to the presence of mineral impurities like barium and titanium. A well-cut benitoite is available in 2-3 carats and starts at $10000 per carat. 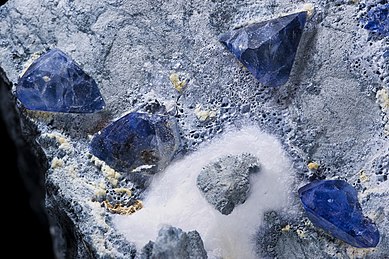 Sold under the trade name of Csarite and Zultanite, Diaspore was discovered quite by accident in the 1970’s while mining for bauxite near Milas, an Anatolian mountain town in Turkey. Bauxite miners believed that the gem-like, color-changing mineral embedded in the ore was lowering the quality of the ore, leading them to discard it. The pink, green, yellow, champagne, and even ginger rendition of diaspore in different lighting, lends itself to a lot of whimsy. 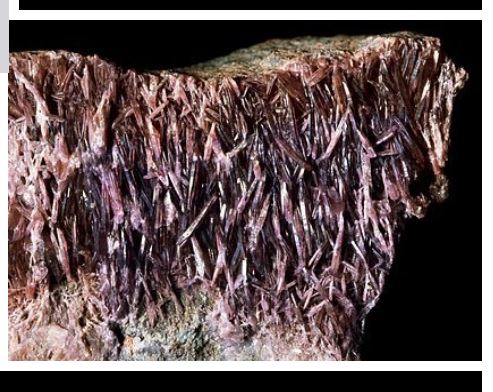 The Utah Geological Survey assesses that there is only one red beryl for every 150000 gem-quality diamonds mined. Also known as red emerald or bixbite, these were discovered in 1958 in the Wah Wah Mountains of Beaver County, Utah. Mining operations were conducted by the Harris family from 1976 through 2001 when production came to a stop. Today it is estimated that there are no more than 30000 cut stones in circulation and red beryl of 2 to 3 carats is considered exceptional. While pure beryl is colorless, many elements are responsible for the color of the rocks, In this case, manganese adds the characteristic deep red color. 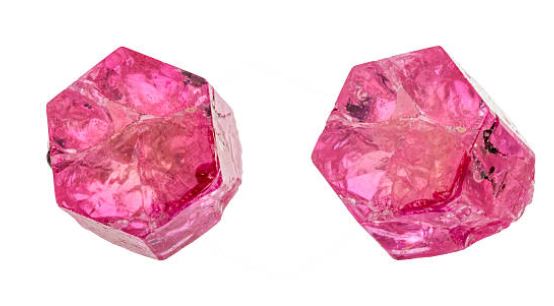 While most of us are familiar with creamy white opal, a rare black variety found only in the Lightning Ridge area of New South Wales in Australia has been coveted by connoisseurs since its discovery in 1938. Black opals as the name suggests have a black background with brightly colored inclusions. The 180 carats “Aurora Australis” was valued at over $763000 USD in 2005. 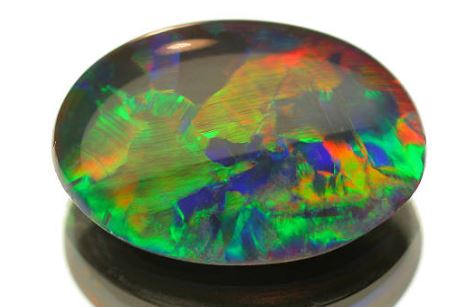 Very few well-known gemstones come from the Caribbean and Larimar, discovered about 50 years ago tops the list. While the Taino Indian living on the island of Hispaniola, in the Dominican Republic, may have been aware of this beautiful blue and white gemstone, it was not until 1957-1958 that the world took notice. Peace Corp volunteers found pieces of the striking “Dolphin stone” or “Atlantis Stone” washed up on the shore and sent them to the Smithsonian for evaluation. They were discovered to be of the pectolite family, however, their unique coloration and the fact that they are found in serpentized ultramafic rocks in about only one square mile of the area in total, makes them one of the rarest gemstones in the world. 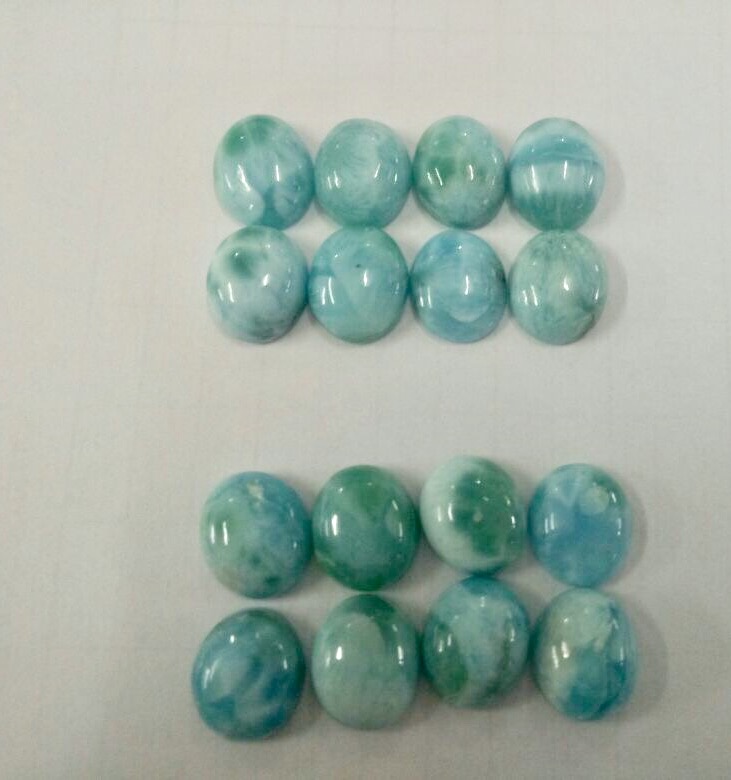 Larimar is supposed to be made by volcanic activity and the striking blue and white colors akin to the seashore are due to the presence of Copper largely as well as vanadium, hematite, phosphorus, and silica. All mining activity is done by artisanal means, which provides benefits to the local community. Today almost all the surface shafts have been depleted and all mines go deep into the mountain. In some cases, miners have gone on for 2 years without finding a single piece of larimar! This gentle green to deep blue, untreated stone is definitely a collector’s dream.

This beautiful mauve stone is another classic case of mistaken identity. Considered to be a mauve-colored spinel for the longest time, taaffeite was boxed and sold with mauve-colored spinels. It was discovered as a cut gemstone in Dublin in 1945 by the gemologist Count Edward Charles Richard Taaffe. He realised that a few stones in the box were not behaving typically like spinel and on further examination he realised that it was a completely new discovery!

While taaffeite is not a true single-source gemstone with deposits possibly in China, Burma, USSR, and Sri Lanka, today there are only about 50 known units of taaffeite in the world, making it one of the rarest and most expensive ($35000 per carat) gemstones in the world.

Rare and single-source gemstones are usually collectors’ pieces. Some honorable mentions before we end are the Paraiba Tourmaline, Burma Ruby, and Kashmir Blue Sapphire; these historic stones have now almost been mined out completely and the truly genuine ones are available to admiration at museums and private collections. Therefore a certificate of authentication is a wise decision during the purchase of such stones claiming to be from these sources. 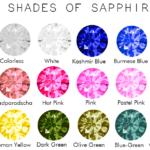 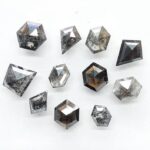