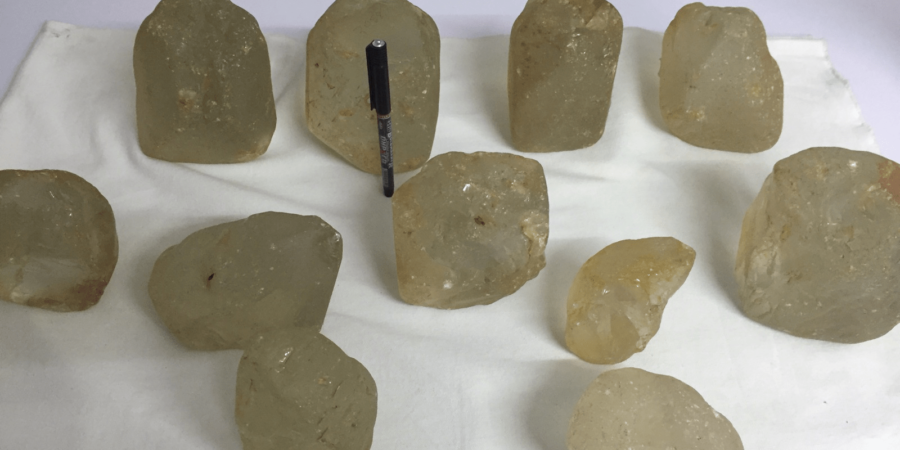 A very popular gemstone material for its many varieties in color, its hardness of 8 on the MOHS scale, its beauty in all colors including plain white. Sourced from many mines around the world, it is still plentiful which keeps it at a lower price point. The Pleochroic value of it means  that Topaz Gems can show a varied color intensity when held at different angles.

The most common goal of heat treating White Topaz Rough is to turn it to a Blue Topaz color or to one of the many deep colors including green, yellow, orange, red and pink (purple). Other names have been given for some of the colors by expert tradesmen but the gemological terms use colors as the standard predominately. These finished Topaz Gemstone colors are used in many forms of jewellery and White Topaz is even becoming increasing popular as an inexpensive Diamond simulant. Some Natural Topaz Rough come colored as well but this is rare and deeper hues can be achieved through the irradiation process or heat treatment. Irradiating colorless or white topaz rough can take up to 10 million volts of electricity. 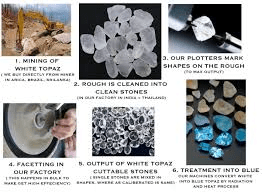 With the many choices and extensive use of White Topaz Rough made into multiple colors of gemstones, names were given to the main colors and shades of colors such as London Blue Topaz, Sky Blue Topaz, Swiss Blue Topaz, Mystic Topaz (Multicolored Topaz), Imperial Topaz (the highest valued and lustrous Golden or orange-yellow or orange-pink Topaz) and of course also used as White Topaz Gemstones. 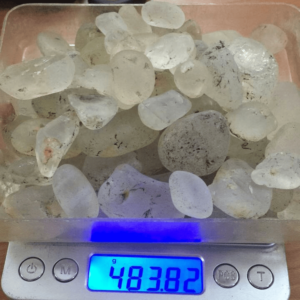 Where is the White Topaz Rough Sourced from? 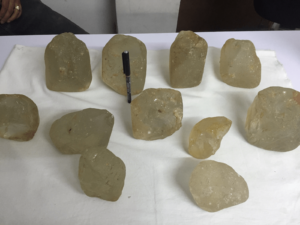 A bit if the History of Topaz Gemstones and Topaz Rough

Most experts agree that the old name Topazios comes from the name of a small island in the Red Sea now called Zabargad. This island never produced Topaz but produced Peridot Gemstone which was confused with Topaz before modern Minerology. Scholars also trace the Topaz name back to Sanskrit as topas or tapaz.

Ancient Greeks believed that Topaz would give them strength and during the Renaissance era in Europe, the people wore Topaz to break magic spells and dispel anger. In India, for centuries it has been believed that the Topaz Gemstones worn above the heart assures beauty, long life, and intelligence.

In the 19th century, the name Imperial Topaz was given in Russia to the beautiful Pink Topaz mined from the Ural Mountains and in honor of the Czar. Ownership was then restricted to only Royal Family members.

Topaz is also one of the two Birthstones for the month of November (the other is Citrine).

2. You make payment and we prepare your order including sending photos once the order is complete and ready to ship.

3. We ship your White Topaz Rough to you (and/or any other color of Topaz needed) 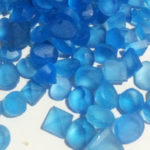