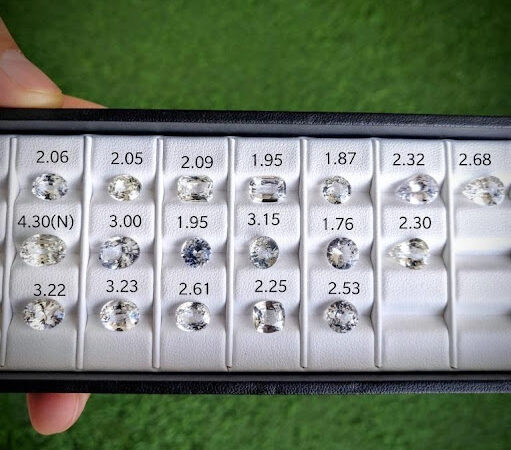 Why you should not be buying a Diamond Ring

The Pressure On Diamonds Today –

When one size doesn’t fit us all, why should just one stone be made to fit us all too?

For almost a century, when one thinks of a diamond, one instinctively thinks of a large glittering stone on a woman’s left ring finger. Any jeweller worth his salt knows that when it comes to “engagement rings”, most people have innately associated that term with diamonds. In other words, to a layman, an engagement ring and a diamond engagement ring are the same things!

Now, a few questions may arise when we consider this assumption:

The answers to these questions very simply are that NO, diamonds weren’t always the stone of choice for engagement rings; YES, there are plenty of diamond alternatives for engagement rings, and; NO, an engagement ring gemstone can be ANY color you like. Now let us explore, WHY diamonds are steadily falling out of favour with the present generation.

Hard to believe today but before the 20th century, sapphires and rubies were actually the most sought-after gemstones for engagement rings. What changed so massively in one century?

At the beginning of the last century, De Beers set up the first large-scale mining operations in South Africa, which then expanded to mines in the then Soviet Union and South America. Now, consider this: Diamonds are actually the most common gemstones found in nature. Naturally, the amount of diamond rough generated was huge and the demand wasn’t as much. So, now to increase the demand for diamonds it was necessary to advertise diamonds as rare and valuable. What began then was a massively successful advertising campaign that made it seem necessary that “Diamonds are a girl’s best friend” and that it was mandatory to have a diamond in an engagement ring. With Hollywood embracing the stone more and more, it became a status of symbol and wealth.

Marilyn Monroe performing to her iconic “Diamonds are a girl’s best friend” from the 1953 classic Gentlemen prefer Blondes.

Simultaneously, De Beers maintained a huge stockpile of uncut diamonds in their warehouse in London, from where they would carefully release only enough in line with the current demands. This allowed them to artificially control the prices since 75-85% of the world’s diamond availability was dependent on them.

While De Beers is attributed to changing the scenario of the diamond industry, it should be remembered that a lot of their success is attributed to bloodshed. The term “Blood Diamonds” evolved, since a large part of the diamonds mined came from war-torn regions, slavery, child labour, and other indescribable forms of human terror and torture leave alone the irreparable damage to the native culture and environment. 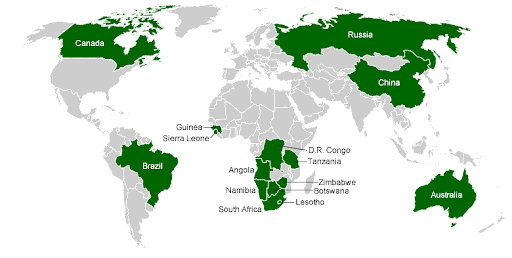 At the turn of this century, a lot of things changed. Firstly, the development of satellite technology made geology easier as it could detect potential diamond resources fast and with great accuracy. As a result, sources multiplied and a market outside of the De Beers monopoly emerged, increasing the bargaining power of other miners.

The biggest hit came however when in 1991, the Soviet Union collapsed, effectively ending the agreement with the Kremlin. Since the Soviet Union was the second-largest diamond producer by value, this was a huge blow. Now, the diamond mine-owning countries wanted to control their own mineral assets. So Russia didn’t need De Beers. Australia’s s Argyle Diamond mine terminated its contract with De Beers in 1996. Only a small fraction of diamonds mined in the North-Western territories of Canada dealt through DE Beers. In 2004 De Beers plead guilty to the charges of price fixation of industrial diamonds by the US Department of Justice, leading to a $10 million fine and $295 million settlement.

With more transparency in diamond prices, increase in supply and manufacturing channels, increasing questions about the sale of diamonds funding wars and war crimes, today the giant accounts for less than 35% of the diamonds on the market. However, their presence is not to be disregarded as they still own a mammoth supply of diamonds and are changing many policies to abide by new world rules.

With this history, let us now evaluate the burning questions around diamonds, AKA, bust some diamond myths!

Well, there is a lot of mineral content on earth and gem quality stones account for a very small fraction of that. Even in that fraction, diamonds fall within the most common gemstone category. Think about it, you must have seen more diamond jewellery than you have seen rubies or sapphires. Many people have only heard or read about the latter and have never even seen them!

So, no, diamonds aren’t rare. The supply of diamonds is strictly controlled and they are COSTLY, but definitely not rare in terms of availability.

2.Are Diamonds Valuable And Priceless.

The value of any stone is based on a number of factors; primarily availability and quality. The rarer the stone, the costlier it is; the clearer and less included the stone (amongst other factors), the more valuable it is. We have explored how diamonds aren’t rare in reality. To be honest, diamonds only have high value in their better grades and large to medium sizes. Lower-grade diamonds are today sold online for just 1$ a piece! By the classical definition of “precious stones” formulated in the 18th century, diamond’s place in this category seems questionable!

3.Nothing Compares To The Brilliance And Fire Of Diamonds:

Diamonds have a high refractive index of 2.41, which means that when properly cut their brilliance, is well, just brilliant! However, in nature, there are 8 minerals with higher RI values (Rutile has an RI of 2.90!) and there are many synthetics with higher values. 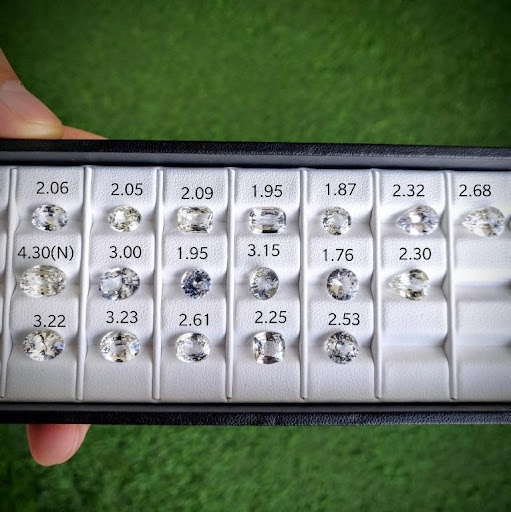 White sapphires do not possess the fire and brilliance of diamonds but they are definitely more affordable and certifiable.

4.Diamonds Are A Great Investment!

Diamonds are an extremely sketchy investment option because diamonds do not have a universal price per gram. The valuation of diamonds is extremely subjective, making re-selling a pretty tricky matter. Tie in issues of origin, certifications, VAT issues, retailer mark up, and hidden costs like the price of the setting, you may end up getting less than 5% margin on your investment.

5.Graded And Certified Diamonds Are Safe:

No. This is a huge misconception. Diamond grading and certification remain a shady and dubious matter. The grading system changes based on the supply of diamonds, which if you remember, just a few years back was being controlled by just one company! The acclaimed Kimberly process is again only limited to roughs, making it less reliable. 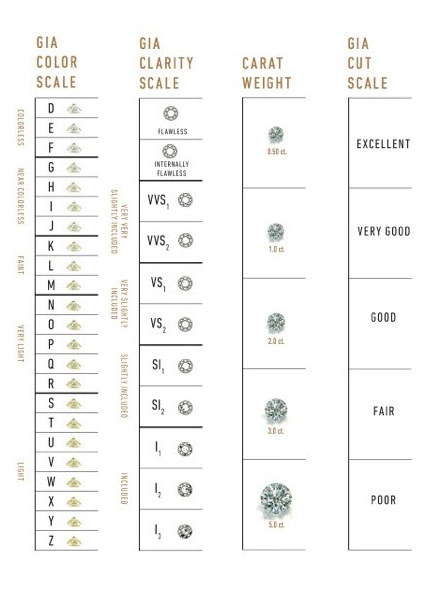 Due to the massive hue and cry about the unethical sourcing of diamonds, many companies have changed their marketing strategy. De Beers came up with the term “conflict-free” to persuade their patrons to continue buying from them, with an additional price. Thus people are willing to pay more for “better quality” stones, even though gem quality-wise, that may not be the case, making it a poor investment. 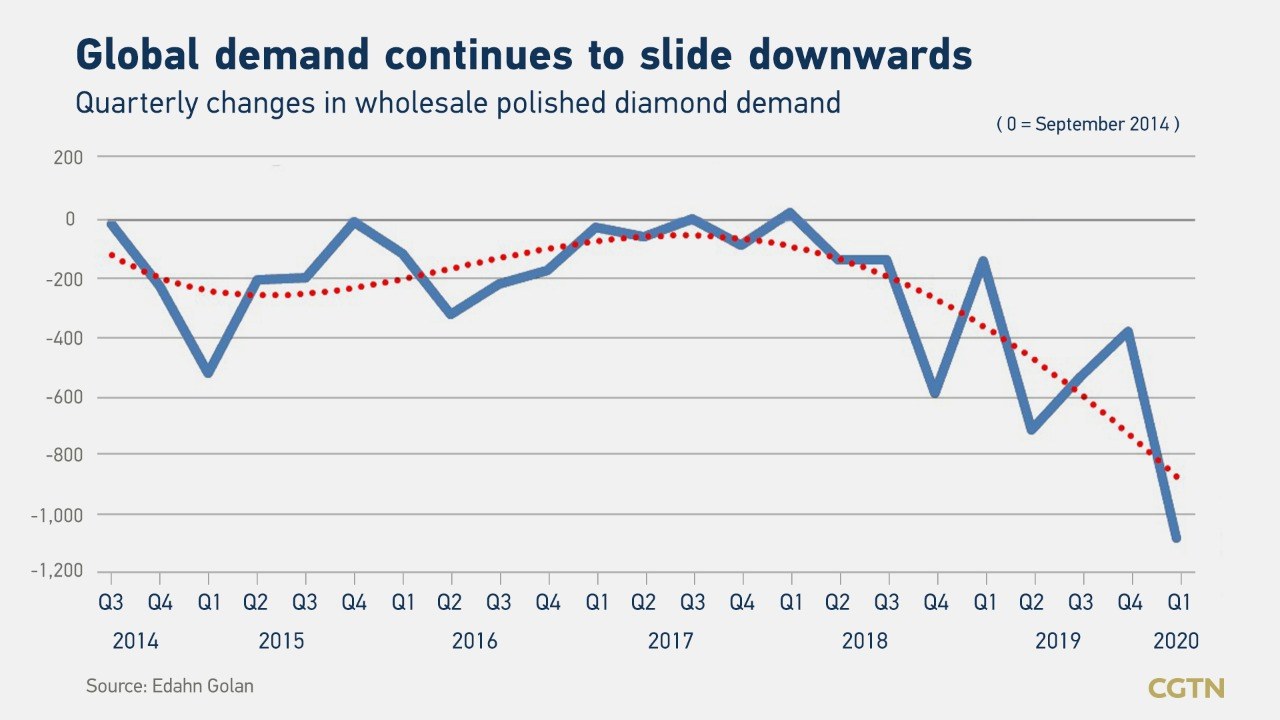 Edahn Golan report on the downward demands of diamonds.

A lot has changed over the last century, regarding the perception of diamonds. Their monopoly as the best engagement ring stone has started to shaken and it is steadily making way for traditional gems like rubies, blue sapphires, and emeralds and unconventional gems like teal sapphires, parti sapphires, tourmalines, spinels, and more. Pre- 20th century, different colored stones, each unique to the person wearing them, made up the world of engagement gemstones. Life seems to have come a full circle, with coloured gems coming back to the fore again. 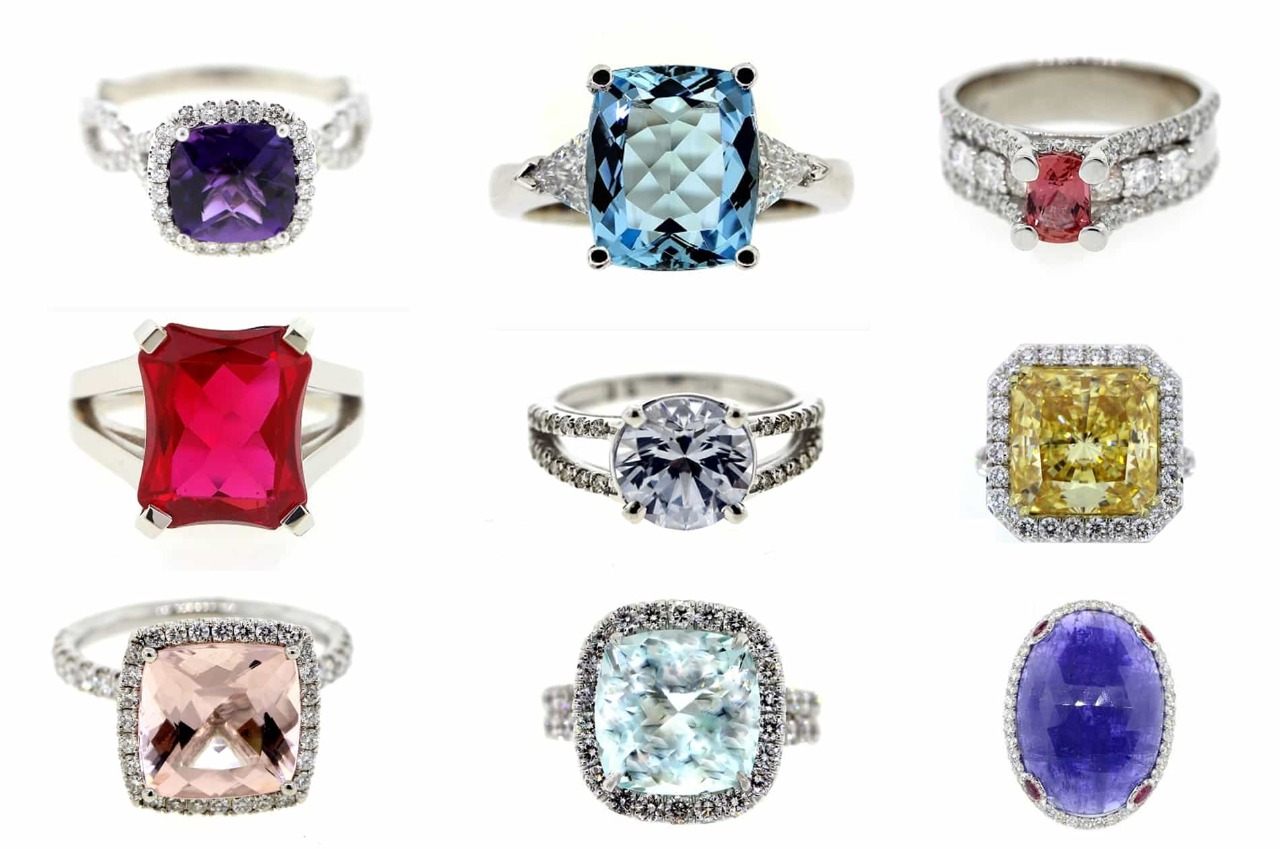 In our upcoming article, we will discuss more on diamond alternatives for engagement rings and alternative gemstones with a focus on colored gems. We also post our beautiful lots to Instagram regularly, so visit us on our Ig handle @navneetgemscom. 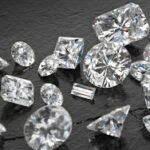 Previous Post Can An Engagement Ring Be Something Other Than A Diamond? 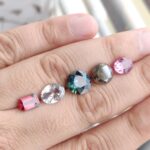 Next Post Diamond Alternatives – A Real Picture And Guide.