The ins & outs of the Kanchanaburi Sapphire,Siam ruby

The ins & outs of the Kanchanaburi Sapphire, Siam ruby

Firstly let’s explain a little about these two Precious Gemstones. A Ruby is a Pink to dark red colored Precious Gemstone. The red color is caused mainly by the presence of an element called chromium. Sapphire while typically being associated with the color blue, can also come in colors like blue, yellow, purple, orange, and green. They are both parts of a mineral variety which is aluminum oxide.

Thailand has long been identified as one of the world’s, or if not the world’s biggest player in the gems and jewelry industry. The Kingdom is not only blessed with devoted and masterly craftsmen, but also gemstone resources. Nearly 80% of the world’s trade in precious Gems is done in Thailand. The main ones being sapphires and rubies. Often for people and companies Bangkok, would be the first stop for them when looking for precious Gems, especially Wholesale Ruby and Sapphires from Thailand. Regardless of the originating source for these highly sought after Gemstones, The city of Bangkok and the lesser-known city of Chanthaburi  (The word meaning- “City of Gems” in Thai) in Thailand is where the vast majority of the world’s supply of gemstones are traded, bought and exported. You will find that almost all the world’s top gemology laboratories/institutes have offices in Thailand including the Asian Institute of Gemological Science (AIGS), the International Gemological Institute (IGI), the Gems, and Jewelry Institute of Thailand.

Let’s talk a little about the history and treatment process of these precious gemstones. The current era of the high-temperature treatment of Corundum’s (Sapphire and Ruby) started in the 1960s and one of the leading areas of advancement in the commercial application of this technology was and is Thailand. In the 60’s commercial Gem laboratories the world over started noticing blue sapphires that had a milky, bluish-green, shade or color to them. This unearthing is directly linked with the origination of geuda. God is the Singhalese word that describes milky, silky relatively worthless sapphires that don’t look very appealing. This is this occurrence is the result of fine needles of rutile. The Thai’s ascertained that heating these gems under a reducing atmosphere transformed the color into a bright blue and dramatically increased the value.

The below chart shows a fairly quick commercial heating process, however, it can go on for a few months even depending on the quality and effort of the process which significantly increases the value. “Rome was not built in a day” as they say.

It is a high-temperature process under oxidizing, reducing, or even neutral atmosphere, sometimes even slight vacuum or increased atmosphere (up to 100 psi) to modify the physical and chemical properties of gemstones. The heat treatment in an oxidizing atmosphere is mostly used for rubies, reducing, or inert gas atmosphere mostly for sapphires. Thailand’s artisans in this industry are the best on the planet and you can demand to know what treatment these precious stones have been subjected to for your gems to be of the correct value.

Thailand has been at the center of the cutting industry for over half a century. These artisans are so well versed and skilled that the average cutter’s experience is 20 years and over. The Thai Import and Export Council connects us with the government and relevant agencies to create export-orientated zones within Thailand.

Like any precious gem, rubies vary considerably. A purple cast identifies the Siam ruby, as the Thai gem is known. Most of the world’s best rubies come from Thailand (Siam as the country was formerly named). Rubies from Thailand, still called Siam Rubies in the trade, occur in iron-rich basalts. The high iron content often gives Thai Rubies a brownish tinge. The image that Rubies come from Thailand still lives on to this day. It is for this reason that the Ruby is known as the heart of Bangkok’s Gemstones.

The ruby trail is, in fact, centuries-old, and the gem is surrounded by legend and myth. The ancients believed that the stone would prolong life, detect poison, guard against sorcery and cure headaches. Bishops were permitted to wear the ruby in rings as a symbol of devotion. Eighteenth-century collectors believed that the ruby’s vibrations could foretell the future. 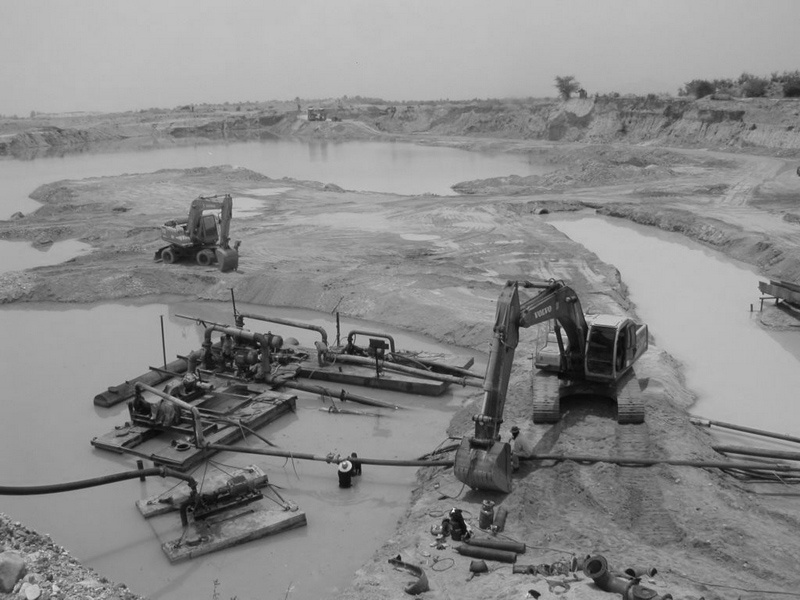 In 1918, blue sapphires were discovered near the town of Kanchanaburi in western Thailand. This created a minor gem rush, and the small town of Bo Ploi was founded. Not much was found in the first few years, but near the end of the 1920s rich finds were made in the northern part of the field, with mining output exceeding $3,000 during the first few months of that year. Over 100 sapphires were mined, weighing more than 3300 carats, and were valued at $4,250. Later, however, the mines were abandoned, believed to be exhausted. Mining did not recommence until well after World War II. In 1978 a post find was made 6 km north of Bo Ploi, at Ban Chong Dan, and several hundred people, including some large operators, started mining there. Shortly thereafter Bo Ploi becomes Thailand’s major source of blue sapphire, especially for large stones.

Another strong influence on the CSR concept among the Thai is the Buddhist belief since more than 95% of the population is pragmatic Buddhist. The belief in the law of Karma is deep-rooted and becomes part of a person’s logic and judgment. Therefore, “…. ethical behavior in business, economics, and society more generally is the responsibility of individuals rather than of organizations taken in the abstract.” ….. Nonetheless, it was found that increasing numbers of businesses are embracing Buddhist principles and that acts of giving are lauded socially, especially when specific cases are made known through the media (Vichit-Vadakan, 2002). While it is not possible to make an ethical judgment on motivations for C.S.R, Buddhist tradition no doubt is a strong factor encouraging socially responsible practices in the private sector in Thailand.

Navneet Gems Strives to source the finest quality of Siam Rubies and Kanchanburi Sapphire, http://bit.ly/2aIiPSk  while providing you with the best advice possible. We pride ourselves on our honesty and integrity.
Thailand is a trusted world leader in the Gem industry and has been for over 50 years with the best expertise in cutting, polishing, and heating processes of Precious Gems. Let’s leave you with a final thought on these intriguing nature’s gifts.

We at Navneet Gems and Minerals, consider Ruby and Sapphires to be one of the top products that we have worked with over the past 20+ years, supplying to wholesalers all around the world. We have come across a large customer database buying ruby and sapphires from our company in Bangkok. The reason is that firstly we are manufacturing our own ruby and sapphires in many different ranges, secondly, because we have a huge stock of calibrated and single pieces of ruby and sapphires from many different origins, thirdly because we have taken part in the Thailand and Hong Kong Jewelry show for over 10 consecutive years and consistently deliver the highest quality in these precious gemstones.

Our calibrated stones in rubies include small rounds, princess squares, ovals, and cushions in sizes 1.50 mm up to 6 mm Cushions. The origins we stock are Burmese Ruby, Siamese Ruby, Mozambique Ruby, African Ruby, and some other varieties as well as according to our customer’s demands. Each origin has different pricing and has different selling points. 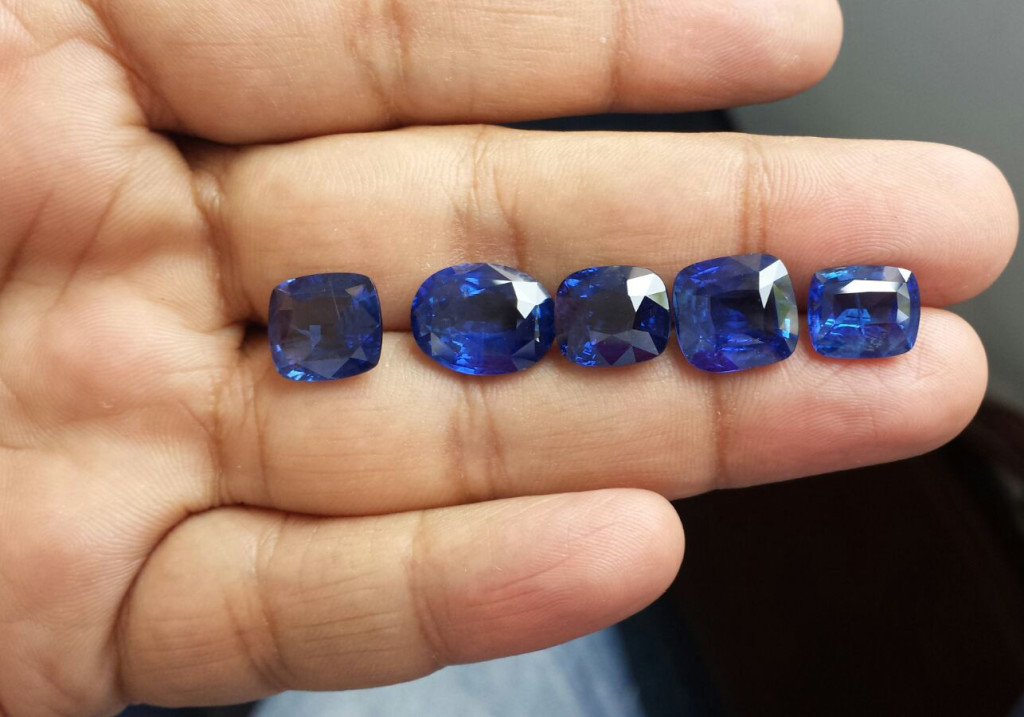 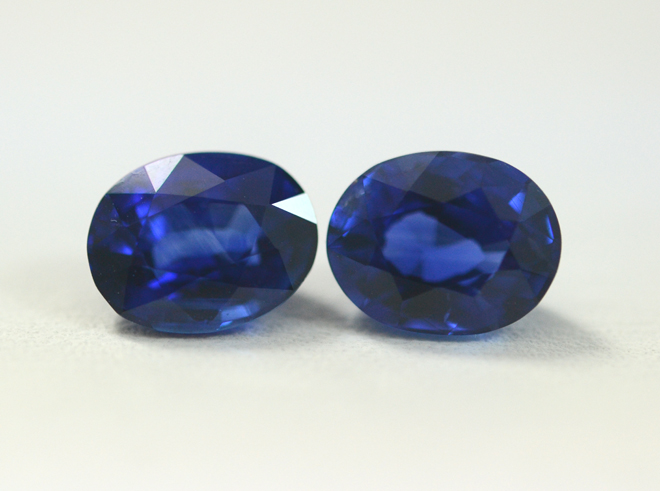 Our company is both a custom and regular cut supplier of calibrated precious stones including Kanchanaburi Sapphire, Siam ruby. If you have any specific demands you can simply email us at navneet@navneetgems.com and we will get back to you asap.

“Holding a Gem is like holding a rainbow in your hand.

The beauty doesn’t just bring happiness to the beholder,

But also prosperity to those whose hands the Gem has also passed through”. 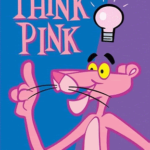 Previous Post Which Gemstones are Pink do you think? Diamonds, Rubies, Sapphires? 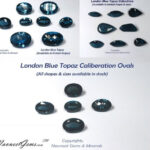