Forms, properties and colors of Diamond

Diamond is pure carbon, the element that is also the foundation of life. Carbon has interesting chemical properties that enable it to form a truly vast number of compounds with many other elements. Some of these are biologically active. Another form of pure carbon is the mineral pencils (mixed with clay for this application), and so greasy that it is widely used as a lubricant. Yet the diamond is the hardest known substance, the ad will easily scratch any other material.

Salt and pepper diamonds are a distinct group of diamonds that are quickly gaining popularity. After being overlooked for several hundred years due to their flaws, they are now considered to be unique and mystical and are largely popular among younger buyers who are seeking something different from the traditional sparkling diamond.

With multiple design options and shades, these speckled gems can be crafted in any form to suit your needs and the possibilities are endless. We regularly post pictures of our salt and pepper lots at 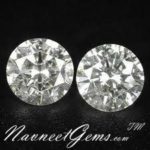 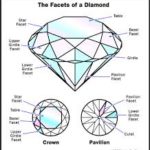