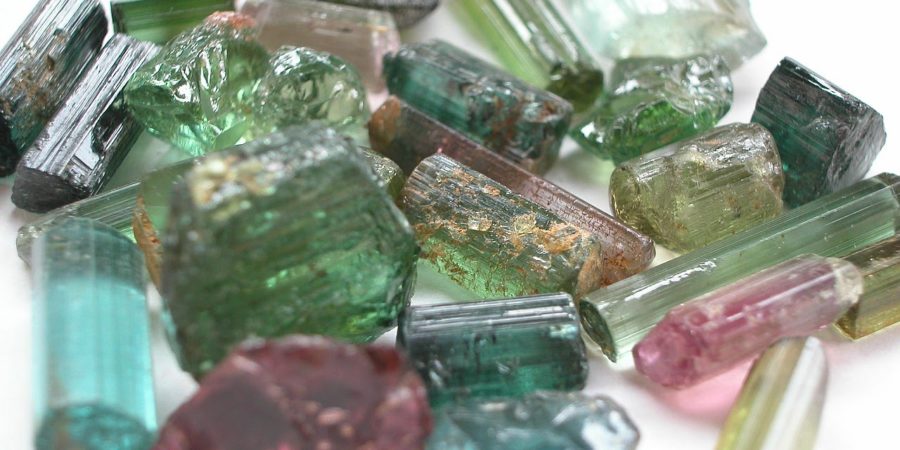 This article will clear all doubts about the Crystal and Clarity in Blue Agate gemstone, a semi precious stone.

Like many other gemstones, blue agate is marketed under a variety of aliases: damsonite, Mojave blue, and Holley blue agate are the most common. All are chalcedony from a variety of locales, with some small differences based on the color and transparency of the agate.

Mojave blue is a trade name describing a slightly grayish blue opaque to a semi-translucent stone found in the Mojave Desert, about a hundred miles south of Los Angeles. Similar quality material is found in Namibia. Damsonite is an opaque violetish material found in central Arizona. Holley blue is opaque to translucent, purplish, or amethystine-hued variety that has been found in and around Sweet Home, Oregon, and was named, apparently, for the Holley School near one of the sites. Another variation, Ellensburg blue, is found as glacial till scattered about the Washington state township from which it draws its name. Ellensburg blue agate often has purer blue hue.

Crystal
As with all varieties of agate, it is diaphaneity or what is called “good crystal” that is a primary determinant of value in blue agate. This gem is normally found with milky or cloudy body color. Translucent stones are rare and expensive. Although agates are normal cut en cabochon, especially transparent or limpid examples will occasionally be faceted

Clarity
Blue agate is almost always cut flawless. Stones with inclusions other than drusy, a carpet of tiny quartz crystals growing on the surface, are almost without value as gemstones. Drusy is quite desirable, particularly when the cabochon is cut in a perform shape. In this case, it is a question of what artists call composition, a pleasing proportion of drusy balanced against the size and shape of the stone. Designer goldsmiths particularly seek stones of this sort.

Gems with banding can be quite pleasing, but will not command the price that a cabochon of uniform color will fetch.

Regardless of the source, blue agate is chiefly valued for its translucency and purity of hue. The general mine run of stones from California and Namibia tend toward a slightly gray, medium-toned blue hue, sort of a stormy-sky blue. In this system of evaluation, gray, along with brown, are not regarded as hues but are treated as saturation modifiers which, when present, dull or muddy the saturation or mask the intensity of the hue. A gray mask is nearly always present in blue agate. Like a dirty film on a window, gray dull the hue, reducing the saturation or brightness of the color. The gray may be difficult to detect but pure hues are always vivid, so the presence of gray may be inferred from a cool dullish blue. Obviously, the brighter the blue the better the stone.

Purple is the normal secondary hue, and when it is present, adds dramatically to the beauty and price of the stone. Holley blue is famous for its amethystine secondary hue, but a hint of purple can also be found in damsonite and even in stones from other locations. Occasionally a stone will be found that has a purple primary hue, but these are exceedingly rare. Stones of this color will have a blue secondary hue; that is, they will be bluish purple rather than purplish-blue. The market prefers bluish-purple, purplish-blue, and grayish-blue, in that order. The greater the percentage of purple and the smaller the percentage of gray the better the stone. I have seen only three examples of a pure blue hue without measurable gray.

Check out our latest collection of semi-precious gemstones at https://www.navneetgems.com/semi-precious-gems/ 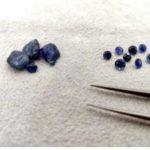 Next Post Rough Sapphire Stones in A to AAA grade