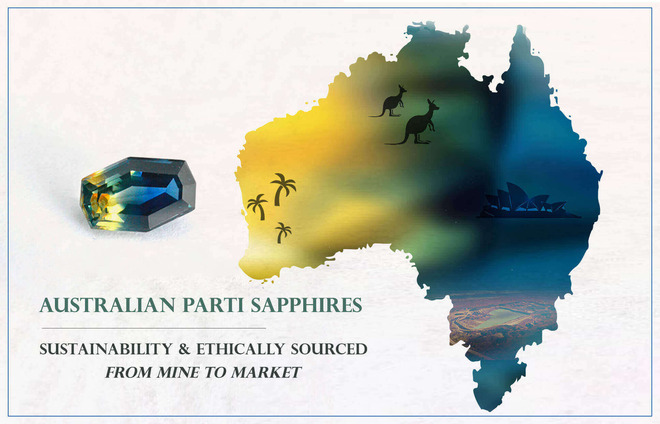 Australian Parti Sapphires: A True Representation of the Land Down Under

Australian Parti Sapphires: A True Representation of the Land Down Under

Parti sapphires are currently one of the most sought-after bi-color gemstones in the market. These gems are natural, trendy and one-of-a-kind. The mystical colors and striking appearance  of these gems have made them extremely popular amongst younger buyers seeking something unique, new and in trend. Parti sapphires from Australia, in particular, have witnessed a new-found interest in the last few years. This increased desirability of Australian sapphires can be attributed to the following reasons:

All of these factors have led to a surge in the purchase of these gems. The high emphasis on ethical and environmentally friendly mining practices have made them a hit amongst manufacturers and consumers alike. In fact, Parti sapphires have almost become synonymous with Australian sapphires considering the majority of these gems are sourced from the subcontinent.

Australia: A Land of Sustainable Practices

Australia has always been in the forefront when it comes to preserving the environment and ensuring sustainable practices. In fact, it ranks 38th globally in the sustainable development report and has been consistently meeting all of its sustainable policies.

Recently, the Australian Government successfully fulfilled the seemingly impossible task of reviving the Great Barrier Reef. The reef which was subjected to years of damage due to the rising ocean temperatures and climate changes is now bouncing back with new colors. According to the Australian Institute of Marine Sciences, as of August 2022, the reef houses the highest coral count since the last 36 years.

How is this relevant to Parti Sapphires?

Interestingly, these sustainable practices are not just limited to marine biodiversity. The Australian government has always reinforced strict laws and policies in the gemstone mining as well. Due to these regulations, any mining that takes place within the country is carried out with utmost care to the environment. These specially formulated guidelines have made Australian gemstones the benchmark of sustainability and ethical norms in the gemstone market.

Millennial buyers these days are extremely cautious while making a purchase. They are heavily invested in the story behind the gemstone and also the credibility of their sources. As a result, many responsibly sourced, environmentally friendly gems like parti sapphires have gained immense popularity. The Queensland mines produce some of the most vibrant sapphires in the world leaving Ceylon & Madagascar origins far behind in traceability. At Navneet Gems and Minerals, we have always advocated fair trade and responsible mining. We import the majority of our wholesale parti sapphires from Australia accurately labeled and certified to be ethically and sustainably sourced. Know more about responsible mining here.

How do Parti Sapphires capture the true essence of the Australian Subcontinent?

Apart from the artisanal and moral mining practices, these gems can be considered to be a true representation of Australia in many other ways. Its colors, shapes and culture are all, in some way, a depiction of life in the Great Southern Land.

The colors of Parti Sapphires portray the different shades of Australia’s ecosystem and cultural habitat. The gem shares quite the resemblance to the Australian terrain of vast deserts and ocean due to its yellow, green and blue hues. The electric yellow tint of the gem bears a likeness to the wilderness of the deserts while the blue-green shades are a facsimile of the boundless oceans around this majestic continent.

Apart from the likeness in the color tones, the variety of these gems may be compared to Kangaroos and their different types. Just like the Kangaroos are a superfamily of various sub-species like Red, Eastern Gray, Western Gray, Antilopine Kangaroos and Wallaroos, Parti Sapphires also constitute an assortment of gems in different shapes and sizes. These marsupials have carved a niche for themselves and are synonyms with Australia today. Parti sapphires with their many varieties, is another example of the natural diversification in this beautiful island nation.

Just like the Sydney Opera House, a 20th century masterpiece with unparalleled design and architecture, Parti sapphires are also a wonder. The Opera House is considered to be a hub of culture that signifies community enlightenment and social value. Similarly, Parti sapphires symbolize the union of souls and communal harmony. The mine to market supply of these gemstones ensures that every individual in the chain benefits, instead of just one corporation.

Australia being a nation that actively advocates sustainability and fair trade has become a highly favored source of gemstones. One such gem is the Parti Sapphire, which has a deep connection with the Land Down Under. These gems have been ingrained in Australian culture for years. Parti sapphires, to a large extent, are profoundly intertwined with the subcontinent’s lifestyle and heritage. Whether it’s the colors being a portrayal of the terrain or the types being as varied as Kangaroos, Parti sapphires are truly a representation of life in this majestic country. Here at NGM, we believe in sustainability and when we think of it, we definitely think of sustainable Parti Sapphire and Australia is the first thing that comes to our mind. Presenting, Sustainable Parti Sapphires from ‘Mine to Market’ by NGM. 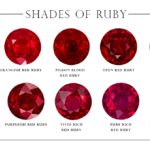 Previous Post Sapphire vs Ruby vs Emerald: Which to Choose from the Big 3 for your Big Day?