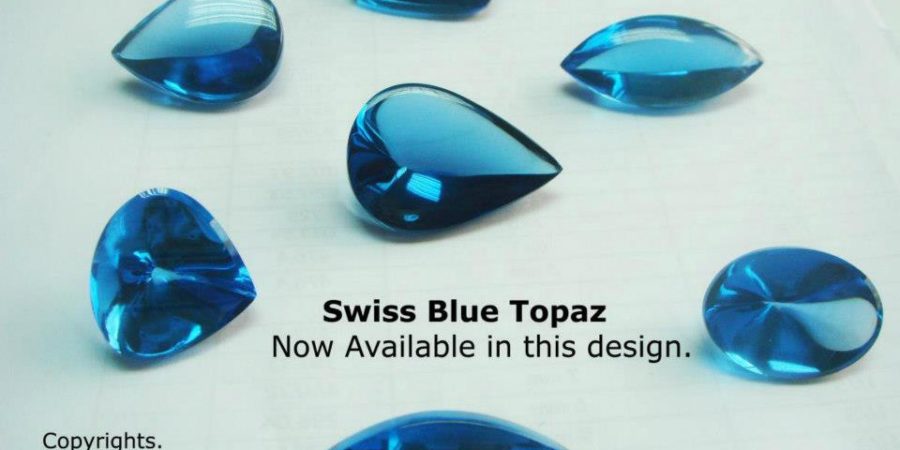 Blue Topaz, in my opinion can make the most ravishing silver jewellery out of nothing. The moment Blue Topaz is used in silver jewellery, it makes its appearance so much more attractive. Blue color, has been an all time favorite for ladies. No matter what happens, no matter how expensive the silver prices get, jewellery companies are still going to use blue topaz. Why is it that Blue Topaz has always been in demand, even in a recession? It’s because of two reasons, the price and the color. Two questions arise here:

Why is the Price of Blue Topaz fairly reasonable considering its gorgeous color? It’s because Blue Topaz itself is not a natural stone. It is treated using white topaz under high radiation. Highly charged electrons are thrown using a beam light in the science labs to turn the white topaz, into blue topaz. The longer the white is under the beam light, the darker the color turns out to be, that’s why there are three colors in Blue Topaz: Sky Blue, Swiss Blue, and London Blue Topaz. 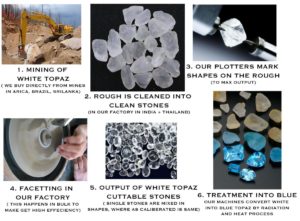 Now, coming back to our question. Why is the price of Blue Topaz so reasonable? Because white topaz is widely available in many countries. Intially the prices of this stone were anywhere from 20-30$ per carat. But almost a decade ago, a huge topaz mine was found, and it revealed lots and lots of white topaz, which meant there was a huge supply of this stone, which led to a major reduction in the price. I hope that answers your question of why Blue Topaz is fairly reasonable. If not then well, go back and read it again please!

One question down, another to go. Why is the color of stone so beautiful, being that the white topaz itself, barely looks beautiful? When the electrons are thrown under high heat environment onto the tray of white topaz tray for a long time, the white tray starts changing colors. It takes more than a year before this change in color happens. And sometimes even more than a year.

However, the finished product looks so beautiful. Maybe I’m in love blue topaz that’s why I’m saying that. But honestly, blue topaz is used very intensively. And another reason for its wide use is because of its availability.

Like I mentioned earlier, the availability of this stone is very high. However, the most stones left now are calibrated. According to research I say on the internet, the gemologists predict that there is going to be only 50% of the available big sized blue topaz in 2021. This is because most of the big sized stones were at the top of the mines, and only post mines that have not been discovered yet are giving out white topaz larger than 50 carats or more. The smart thing for the white topaz miners is to stop their post mines from being mined and wait for the right chance in 2021 or after that. Navneet Gems & Minerals have recently bought a small mine in brazil. Due to confidential reasons we cannot disclose the exact location. And we are keeping the mine away from the miners, so we can make sure there are stocks of white topaz for our customers atleast for the 25 years. We are being totally customer-centric, focusing and thinking about our customers.

Why Swiss blue topaz is the most hottest and demanding color in three blue topaz?

Luster, shine, brilliance and no replacement makes this stone the most demanding one. It has been long time; this stone never went down in terms of demand. Prices have always been hiking and we don’t any remember any point in last 30 years when prices dropped. Graph between price and time never went down.

Now, if you are worried whether or not the blue topaz is going to be available or not, then please you need not worry. At least for the next couple of years. Also do check our other semi precious gemstones list on the left hand side. Thanks. 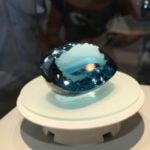