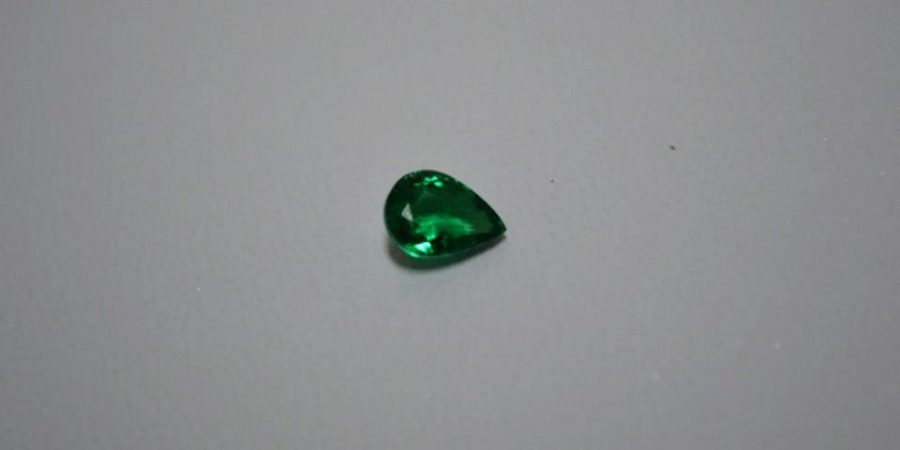 Who are we and what do we have to do with Colombian Emeralds?

We are Navneet Gems from Thailand, a genuine supplier, and manufacturer of Wholesale Colombian Emeralds made as per specifications by qualified/certified gemologists. We have been in the industry in Thailand for a long time. Navneet Gems was founded in 1993 and stems from roots well before that within the Agarwal family. Yes, we are a family business and our priority is to live and do business with honesty and integrity. And to do our heritage proud so that our valued clients know that they have a partner they can trust.

At Navneet Gems & Minerals we have introduced another Colored Gemstone to our product line, The Emerald. Our Emeralds have been manufactured in India, almost 90% of them because of the skill that the rough requires to be cut. It has to be done in a particular way, which is why our factory has put our proficient cutting techniques into the Emerald Business.

We have a large variety of stock in Calibrated and Free-size Cut Stones, also Cabochons of Zambian Emerald. From the smallest sizes, starting with 3×4 Ovals all the way up to 50-carat stones.  We have them available in all shapes, including but not restricted to Rounds, Ovals, Octagons, Pear shapes, and Trillions.

We have just recently supplied a wholesale order of Sakota Emeralds from Brazil to some very interesting and regular projects in NYC, the USA for the wholesale price as per below:
$9.00 per carat for 5mm rounds
$14.00 per carat for 7mm rounds

A bit of interesting Emerald History

Emeralds are fascinating gemstones. They have the most beautiful, most intense, and most radiant green that can be imagined: emerald green. Inclusions are tolerated. In top quality, fine emeralds are even more valuable than diamonds. Innumerable fantastic stories have grown up around this magnificent gem. The Incas and Aztecs of South America, where the best emeralds are still found today, regarded the emerald as a holy gemstone. However, probably the oldest known finds were once made near the Red Sea in Egypt. Having said that, these gemstone mines, already exploited by Egyptian pharaohs between 3000 and 1500 B.C. and later referred to as ‘Cleopatra’s Mines’, had already been exhausted by the time they were rediscovered in the early 19th century.

Indian maharajas and maharanis had treasure chests that contained wonderful emeralds. One of the worlds largest is the so-called ‘Mogul Emerald’. It dates from 1695, weighs 217.80 carats, and is some 10cm tall. One side of it is inscribed with prayer texts, and engraved on the other there are magnificent floral ornaments. This legendary emerald was auctioned by Christie’s of London to an unidentified buyer for 2.2m US Dollars on September 28th, 2001.

Chemical properties of the Emerald

Emerald is a gemstone and a variety of the mineral beryl (Be3Al2(SiO3)6) and is colored green by trace amounts of chromium and sometimes vanadium. Beryl has a hardness of 7.5–8 on the Mohs scale and most emeralds are highly included, so their toughness (resistance to breakage) is classified as generally poor. It is a cyclosilicate.

Physical and technical facts of Emerald 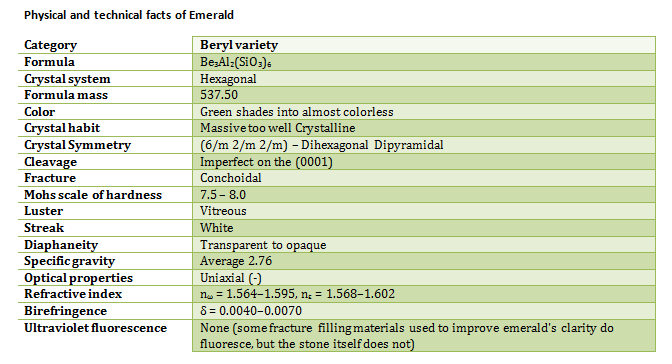 Color- The most desirable emerald colors are bluish-green to pure green, with vivid color saturation.
Cut- Due to the crystal, shape emeralds are commonly cut as rectangular step cuts called emerald cuts.
Clarity- In Emerald expect to see inclusions that dealers like to call an internal “Jardin,” or garden.
Carat– Because its density is lower, a one-carat emerald will appear larger in size than a one-carat diamond. 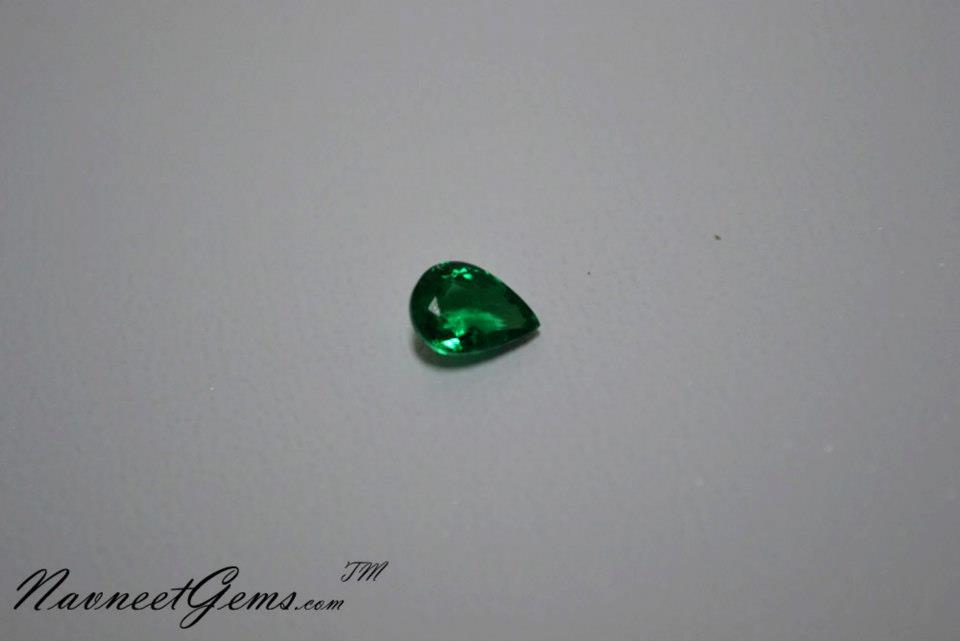 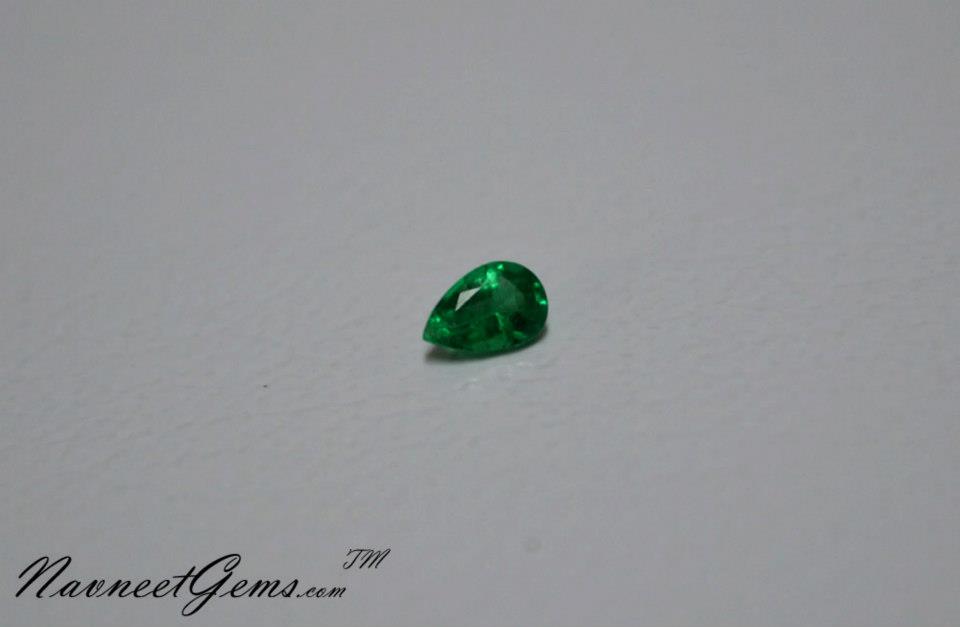 Above- Zambian Emerald Pears
Below- Emerald Cabochons of various sizes 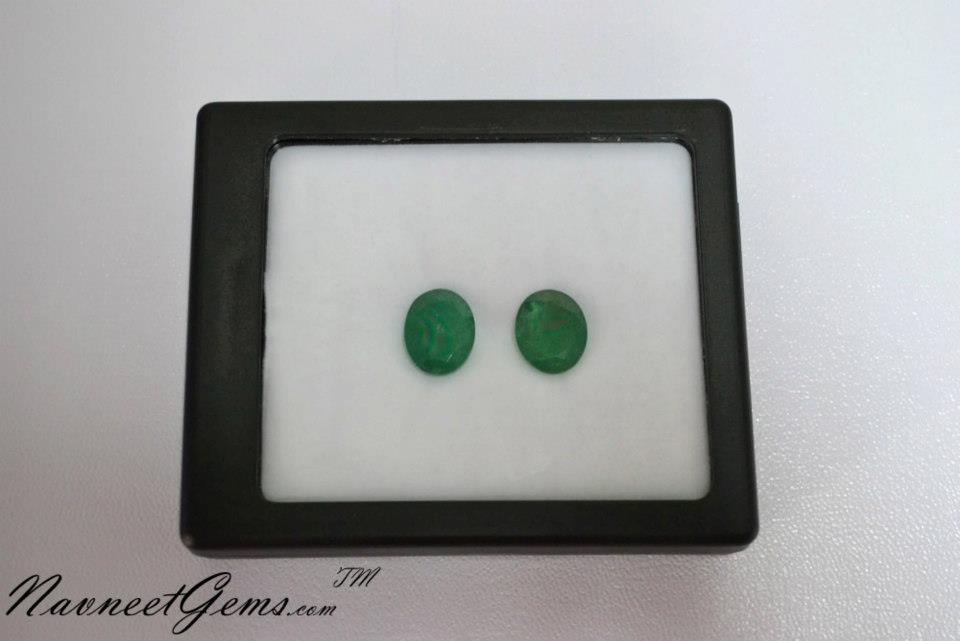 Above- Zambian Emerald Ovals and stones 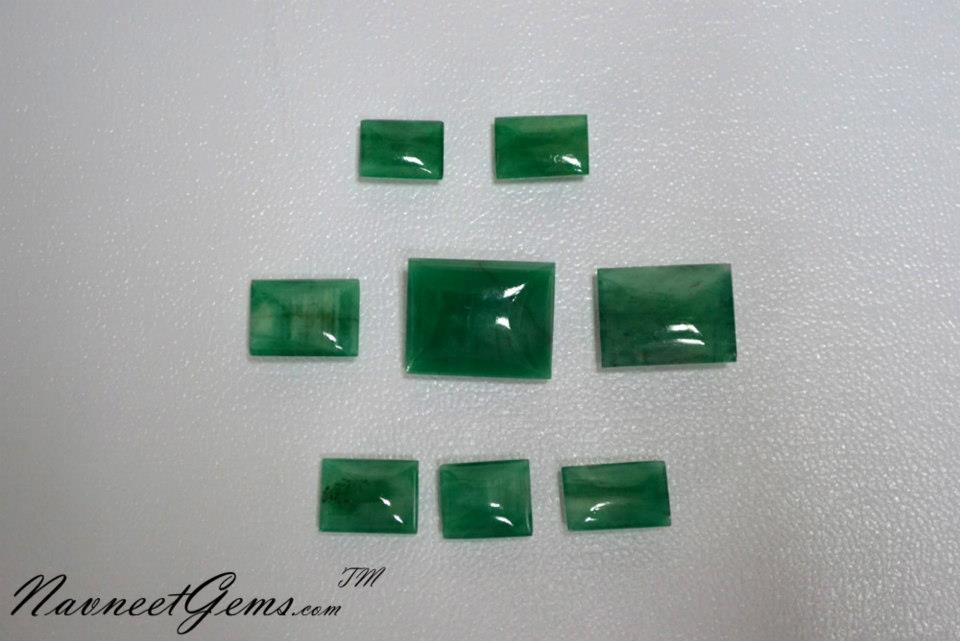 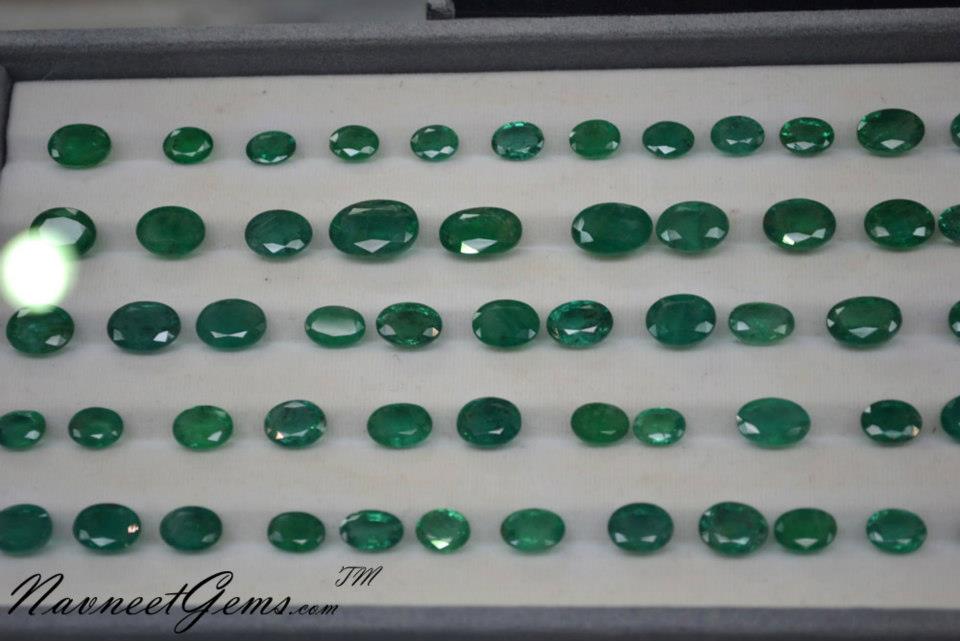 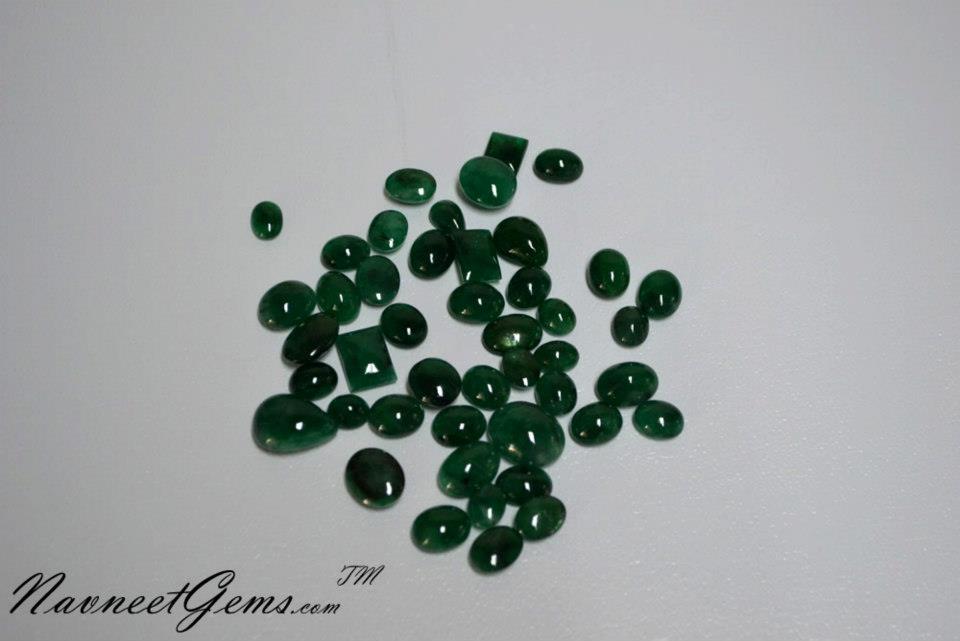 Emeralds from around the world

Colombia continues to be at the top of the list in terms of the countries in which fine emeralds are found. It has about 150 known deposits, though not all of these are currently being exploited. The best-known names are Muzo and Chivor, where emeralds were mined by the Incas in pre-Columbian times. In economic terms, the most important mine is at Coscuez, where some 60 faces are being worked. According to estimates, approximately three-quarters of Colombia’s emerald production now comes from the Coscuez Mine. Colombian emeralds differ from emeralds from other deposits in that they have an especially fine, shining emerald green unimpaired by any kind of bluish tint. The color may vary slightly from find to find. This fascinatingly beautiful color is so highly esteemed in the international emerald trade that even obvious inclusions are regarded as acceptable. But Colombia has yet more to offer: now and then the Colombian emerald mines throw up rarities such as Trapiche emeralds with their six rays emanating from the center which resemble the spokes of a mill wheel.

Even if many of the best emeralds are undisputed of Colombian origin, the ‘birthplace’ of a stone is never a guarantee of its immaculate quality. Fine emeralds are also found in other countries, such as Zambia, Brazil, Zimbabwe, Madagascar, Pakistan, India, Afghanistan, and Russia. Zambia, Zimbabwe, and Brazil, in particular, have a good reputation for fine emeralds in international trade. Excellent emerald crystals in beautiful, deep emerald green and with good transparency come from Zambia. Their color is mostly darker than that of Colombian emeralds and often has a fine, slightly bluish undertone. Emeralds which are mostly smaller, but very fine, in a vivacious, intense green come from Zimbabwe’s famous Sandawana Mine, and they often have a delicate yellowish-green nuance. And the famous emerald mines of Colombia currently face competition from right next door: Brazil’s gemstone mine Nova Era also produces emeralds in beautiful green tones, and if they are less attractive than those of their famous neighbor it is only by a small margin. Brazil also supplies rare emerald cat’s eyes and extremely rare emeralds with a six-spoke star. 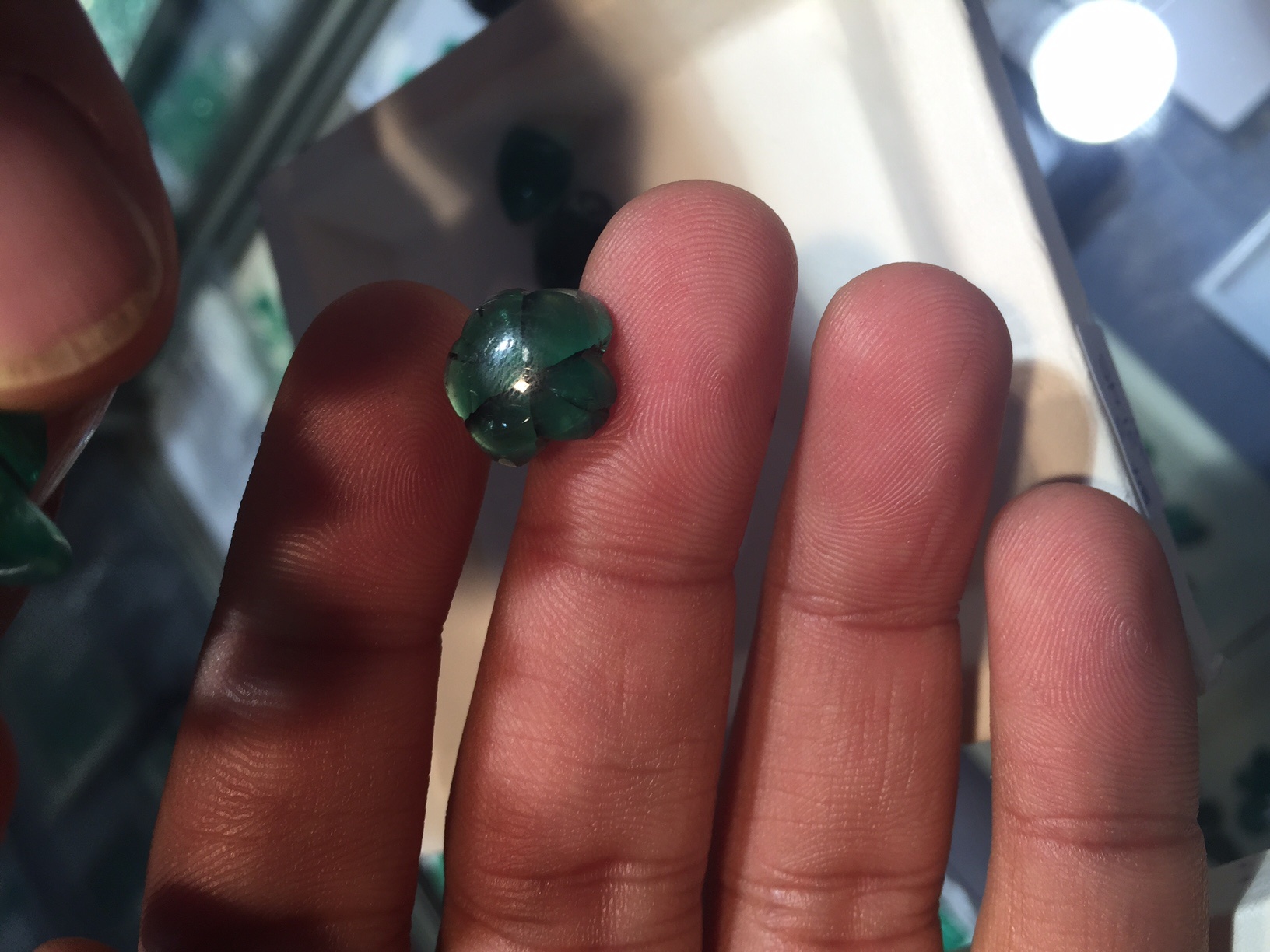 Above- Colombian Trapiche Emerald. The name Trapiche comes from grinding wheels used to process sugarcane in Colombia, a region that is known for its prized Trapiche Emeralds. Trapiche emeralds display six spoke-like carbon “rays” emanating from a hexagonal center with the areas in between filled with lively emerald green. These rays appear much like asterism, the only difference being that they are fixed and do not move.

The Big 5 Emerald mining countries of the World

At Navneet Gems, we have Wholesale Emeralds from all parts of the world including Wholesale Colombian Emeralds, Wholesale Zambian Emeralds, and but not restricted to Wholesale Brazilian Emeralds. We strive to provide you with the best quality service and advice on all types of precious and semi-precious gemstones.

For more information on Wholesale Zambian Emeralds or if you have any questions or queries feel free to drop us an email at navneet@navneetgems.com. 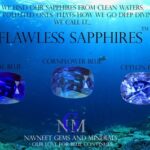 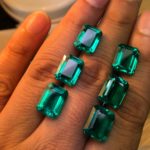 Next Post Are Emeralds A Good Investment Compared To Other Gems?