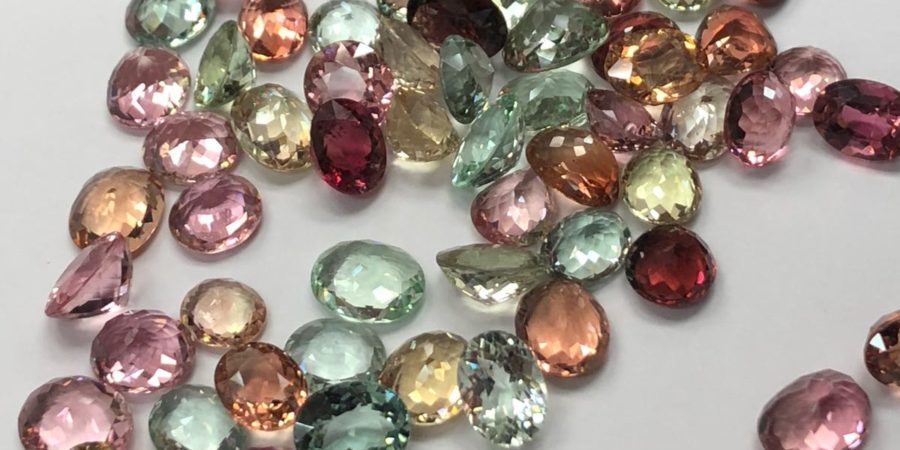 Tourmaline, a gem not widely known to gem buyers, displays the most dazzling and surpassing variety of colors of all known gemstones. Some crystals may display two or three color bands along their length, or show complex concentric zoning in cross-section. Some of the most delicate, subtle, and exquisite colors in the mineral kingdom belong to the tourmaline group.

Tourmaline has no cleavage and therefore doesn’t tend to break or chip easily. Its hardness is 7-7 ½ on the Mohs scale range is vast. In fact, the name tourmaline comes from the ancient Singhalese word “turmoil,” meaning “ mixed precious stones.” The implication is that Ceylonese gem dealers could not identify various gemstones, many of which were undoubtedly tourmalines

Color-zoned crystals are sometimes cut for jewelry use. Of great popularity are the concentrically banded crystal sections that are almost always pink in the center and green on the outside. These have been fancifully named “watermelon tourmaline,” and polished crystal slices are worn as earrings and pendants. Crystals that change color along their length are called “ bicolor” or “ multicolored ” tourmalines.

Sometimes a tourmaline crystal contains enough fibrous or tube-like inclusions to display a chatoyant sheen. When cut into cabochons such material yields Interesting “cat’s-eye tourmalines.” These are found in various colors, most commonly green and pink. Another interesting tourmaline variety shows a color Change resembling that of alexandrite: yellowish-green in daylight and reddish-orange in artificial light.

Tourmaline occurs in pegmatites, often associated with other gem minerals. Tourmaline frequently forms with quartz, and crystal groups of tourmaline perched on large quartz clusters are desired by collectors. Localities throughout the world are numerous, but gem material is less widely distributed. Sri Lanka may well have been the first source of this gem, and still produces waterworn pebbles of fine material in shades of yellow and brown. Most of the world’s tourmaline today comes from the state of Minas Gerais, Brazil in a wide variety of colors. Some Brazilian crystals can reach an enormous size, several feet in length, but such crystals are seldom of gem quality. Fine gem tourmaline comes from the Malagasy Republic, South West Africa, Rhodesia, and Mozambique. In the United States, Maine and California are the most notable sources of tourmaline. Recently discovered deposits at poetry, Maine have yielded find crystals with a high percentage of gem material, including some of the finest red and blue-green stones in the world. Pala, California is a well-known source of fine pink tourmaline.

The dichroism of tourmaline is very strong, and crystals are usually cut with the table parallel to the length of the crystal.

Consumer Tips-Tourmaline is available in the trade-in large quantities and a huge array of colors, yet it seems less well known than other gems. Tourmalines are hard and durable and make fine ringtones, especially when set with small diamonds. The price ranges from a few dollars per carat to more than $300 per carat, with large, flawless gems commanding the premium prices. Brazil produces most of the green and blue-green gems that were seen on the market, but occasional stones from other sources may be available at certain times and places.

Color determines price among tourmalines; the most desirable color of fine emerald, characteristic of chrome – tourmaline, and lively pale-green shades, as well as the rich reddish-pink of fine rubellite. Flawed stones of any color are less desirable and less expensive than “clean” stones, except in the case of California rubellite and bicolored and tricolored gems. These latter are rarely completely free of inclusions or minor internal flaws.

Synthetic gems created to resemble tourmaline cannot be distinguished easily with the naked eye. Such synthetics are commonly found in jewelry today Since tourmaline is the alternate birthstone for October. The authenticity of a tourmaline should therefore always be checked before the purchase. 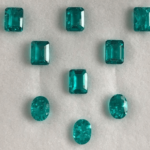 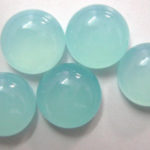