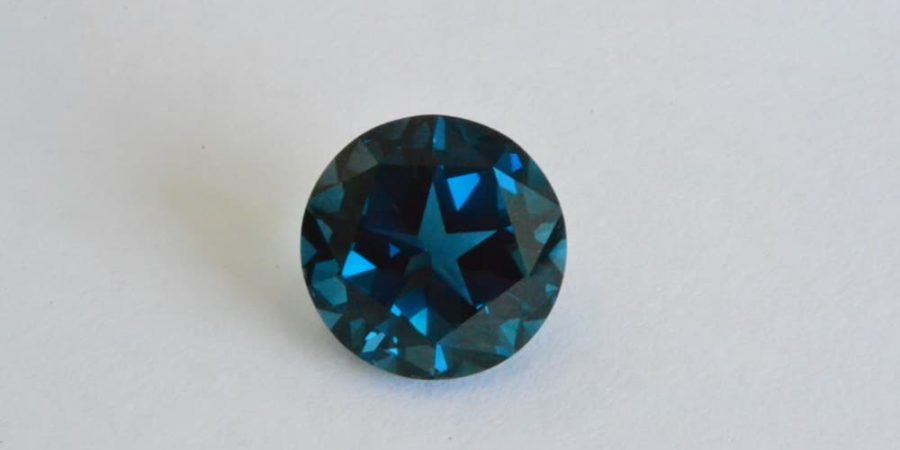 The Lone star topaz has been around for less than half a century but has quickly surpassed many traditional cuts in popularity. This intricate design requires the highest level of expertise and precision to produce a truly remarkable piece. We are excited to bring to you more about this fascinating gemstone in detail.

Topaz has fascinated human civilizations for centuries, from the Romans who carried the gemstone to protect them from danger to the English who, in the middle ages, believed it cured lunacy. Since then, this silicate mineral has acquired wide use as a cut gemstone in making jewelry embellishments.

Although golden brown to yellow in its natural state, a variety of impurities and treatments may render this mineral into shades of wine red, pale gray, reddish-orange, pale green, blue, or pink (rare), and opaque to translucent/transparent. Due to its inherent hardness, transparency, and hue, topaz is one of the most sought-after gemstones in the world.

However, topaz exhibits a relatively low refractive index, which makes large facets and stones cut out of it dull and less sparkly than other minerals. Hence, special cuts may be required to bring this gemstone to “life”. One such cut is the lone star cut, which is a special gemstone pattern that reflects a five-pointed star. The lone star cut, which originated in Texas, is a largely popular design that has been adopted by a lot of trades– from jewelry crafts to fabric and quilt designing. The design in itself is quite intricate and crafting a perfectly executed cut requires high precision and skill, thus making the resultant gemstones more valuable and striking.

THE HISTORY OF THE LONE STAR TEXAS TOPAZ:

The lone star Texas topaz has a fairly interesting back-story. The rough design of the lone star cut was devised by Dr. Paul W. Worden Jr, a physicist from Stanford University in December 1973. He got acquainted with the basic tricks of faceting while visiting his brother Gary B. Worden, a science teacher and gem faceted, in Texas for the holidays. Inspired by the Texan Lone Star, he hand-crafted a five-pointed star in a synthetic golden sapphire.

However, the resultant stone was excessively reflective, much to his discontent. In an attempt to improve the reflective surface, he re-designed the cut with the aid of computer software after returning to Stanford. He then sent this re-designed stone to his brother Gary, who fine-tuned the cut into a bright and distinct five-pointed star, which was visible perfectly even from a distance.

At Navneet gems, we have always had an amazing relationship with the November birthstone. Topaz was one of the first stones that we perfected cutting and finishing over the years. We procure most of our white topaz rough from the Ratnapura mines in Sri Lanka which produces an exquisite quality of white topaz, perfect for further treatment and preparation.

We have personally scrutinized the White topaz mines in Sri Lanka, as you can see here. 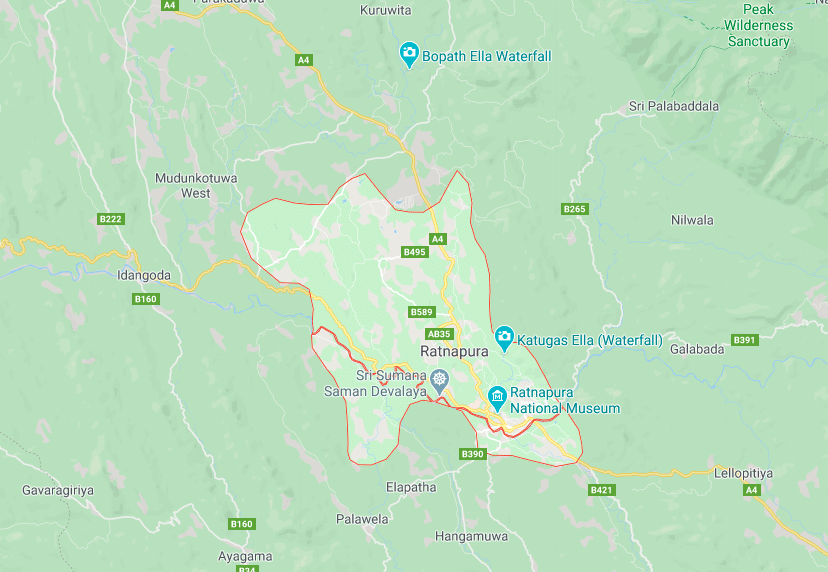 What makes our relationship special with topaz is that no matter where we have been in the world, there has ALWAYS been a demand for our exquisitely cut stones. Since we source directly from the mines we have a constant and consistent supply of high-quality rough that lends itself to the preparation of a lot of preforms in a range of colors. The craftsmanship of our lone star texas topaz has been acclaimed worldwide.

While the lone star texas topaz is usually cut as a 5 point star, but a 6 or 7 point star is also popular. As we have different carats and sizes of preforms and the expertise to do it, we can customize the lone star cut in any way needed.

The Lone Star cut on other gemstones:

While topaz makes for the ideal gemstone because of its high hardness (measures 8 on the Moh scale of hardness), it is interesting to note that the lone star cut can be made on other hard stones to sapphires. Some of our most popular creations are lone star sapphires, lone star rubies, and other lone star gemstones.

HOW TO CHOOSE A GEMSTONE FOR THE LONE STAR CUT:

ALL YOU NEED TO KNOW ABOUT THE LONE STAR TOPAZ

Topaz as we all know comes in several vibrant colors with the golden orange-yellow color or the imperial topaz is the most popular. However, when it comes to the lone star cut, there is a different spectrum of colors of topaz that are considered valuable, as they reflect this intricate cut more brilliantly.

The original color of topaz is white which is then treated to create the various shades of blue that are particular to the lone star cut. The largest gem topaz deposits are in Brazil and Russia, followed closely by Mexico and the USA. In fact, Texas, Colorado, and Utah hold some of the finest deposits of the stone, as is evident by the fact that an entire cut is named after the state of Texas! 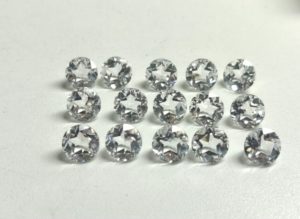 The blue color of topaz is rare in nature. The white topaz is ideally treated for 3 to 4 weeks to produce this beautiful sky blue hue, which is extremely popular with younger patrons, looking for the lone star cut in lighter effervescent tones.

The most popular color in topaz, the swiss blue topaz is a striking color that is often considered similar to the cornflower blue of blue sapphire. While it is popular, it is also considerably more expensive than the white or sky blue topaz as it takes 3-4 years of steady treatment to produce the perfect color.

With the longest treatment time of over 5-6 years, the London blue topaz is a sublime color that is as expensive as it is beautiful. This darker hue is as popular as the swiss blue topaz in the lone star cut.

While blue has become synonymous with topaz, especially the lone star topaz, this hardy stone is available in a rainbow range of interesting colors that support this unusual cut. 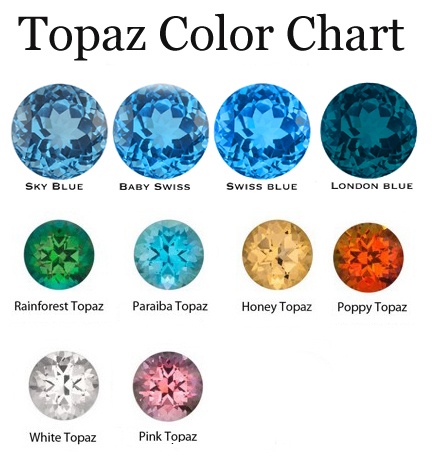 Most jewelry and gemstone connoisseurs agree that the round shape complements the lone star cut the best as it makes the star the most easily visible. 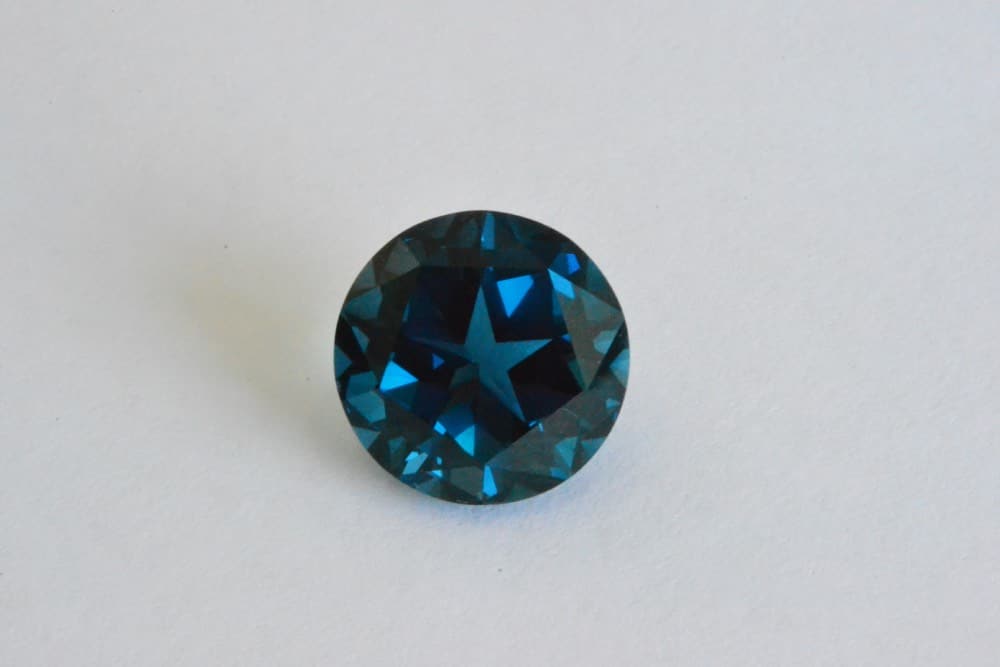 However many patrons of this design and expert cutters can also execute a perfect five-point star on pears and ovals too. With our wide range of preforms, we can practically make this intricate design on any shape! Take this 416-carat topaz to perform for example. We believe this will make a perfect specimen of the lone star texas topaz. However, the reason we have put a photo of the pavilion of this 416-carat Swiss blue topaz is that that is a very important factor as the depth of the Lone Star cut topaz should be between 65%-70% which makes creating such a fantastic cut from a challenge to a possibility. 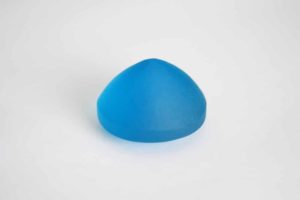 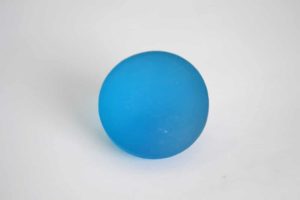 As the document suggests, the lone star cut is extremely technique sensitive with even a minor deviation in the tiniest of angle measurements hampering the outcome of the design. Several variations of the design have been laid forward by various factors for two reasons primarily; either to simplify the cutting process or enhance the appearance of the star. One of the most popular variations of the original Worden brothers design is the designs of the faceter Jeff R. Graham. Fondly named after the creator, the” Gram Lone Star” illustrates three interesting variations of the cut, which were primarily aimed at a brighter end product.

HOW TO ORDER THE TEXAS LONE STAR TOPAZ WITH NAVNEET GEMS:

We pride ourselves on the expert craftsmanship of the beautiful lone star topaz. As discussed before we can provide this unique cut on a wide range of sizes, elevating the naturally beautiful topaz stone. If you have wholesale rough parcels that need to be given the lone star cut, write to us at info@navneetgems.com to know more about the process and read here about our Gemstone rough lapidary services.

Alternatively, we also house a huge collection of wholesale lone star topaz cuts. We would like to invite genuine buyers, wholesalers, and investors to log in to the Navneet gems mobile application to peruse our collection and get regular updates about our postest collections. Just write to us, citing your requirements along with your company details. Once our team of executives whets your request, you will be sent an email to your registered email id, with exclusive log-in details. This process ensures that only serious buyers get access to our collection, preserving the quality of the product. 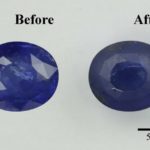