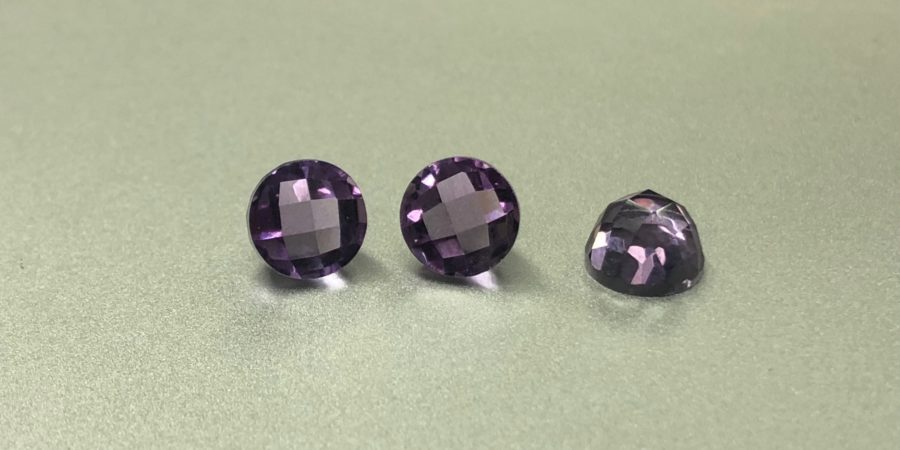 Smoky quartz, however, is a popular gem material. The cause of the color is not fully understood but is believed due to the action of radioactivity. Very dark smoky quartz is known as morion. Gems from Scotland were known as cairngorm (after the Cairngorm Mountains), although the supply from this Source is now essentially exhausted. Today fine smoky Quartz comes from the Swiss Alps, Brazil, Japan, Colorado, Maine, North Carolina, and California.

Citrine is yellow quartz, and the color may grade into a smoky brown. The color is due to the presence of iron, though some lemon-yellow quartz on the market Derives its color from irradiation, and is not naturally colored. The primary source of citrine is Brazil. The color range of citrine is very similar to that of precious topaz. This has led to widespread misuse of the terms “ citrine topaz” and “ quartz topaz” both of which are quartz. Much of the golden-colored or brownish quartz being sold today as “topaz” is actually heat-treated amethyst. Lighter-colored stones are sold as “Palmyra topaz” and deeper, reddish-brown gems as “Madeira topaz” both of which are misnomers

Rose quartz occurs in a delicate pink color. The material is seldom completely transparent, but rather Tends to be somewhat cloudy. The color ranges from nearly white to deep rose pink. Rose quartz is less common than other color varieties and occurs chiefly in the cores of pegmatites. Occasionally inclusions of rutile are dense enough to create a weak star. The finest rose quartz comes from Brazil, the Malagasy Republic, Maine, and the U.S.S.R.

Green quartz is quite rare, but in early 1950,s it was discovered that certain amethysts, when heated, Would turn a lovely green color. Such gems are met occasionally in the gem trade, sometimes marketed as prasiolite.

Amethyst is the most highly prized quartz variety. Its color range is from pale lilac (almost colorless) to a deep, rich, royal purple, sometimes showing reddish highlights. The growth of amethyst crystals is generally marked by changes in the composition of the growth solutions, leading to color zoning or banding in the crystals. Most cut amethysts display such banding, but the gem has to be turned in just the right position for this to be seen. The name“amethyst ” comes from the Greek “amethustos” meaning “not drunken.” In ancient times it was believed that an amethyst wearer could never become intoxicated, the gems were highly prized, and were used in both the breastplate of the High Priest of Israel and the foundation walls of the post-Jerusalem. Amethyst has long been popular in ecclesiastical jewelry. Catherine Great’s love of amethyst helped develop sources in the U.S.S.R. and enriched the Russian Treasury. Some fine gems still adorn the British Crown Jewels. Massive chunks of amethyst, usually banded with white quartz, are carved into decorative objects and goblets. So-called “Siberian Amethyst” once referred to Russian material but is a term now generally synonymous with a particularly fine color grade.

The hardness of quartz is 7 on the Mohs scale, so the material is hard enough for use in all types of jewelry. The mineral is fairly tough and has no cleavage, so gems wear well in rings. Most quartz gems are inexpensive, especially the colorless and rose, and other pale colors. Citrines may command prices of several dollars per carat, and amethysts of large size and fine color may well cost several tens of dollars per carat.

There are many other types of quartz stones. Ametrine, aventurine, cat’s eye quartz, tiger’s eye, and crystal quartz. There are other cryptocrystalline quartz stones also. Chalcedony, bloodstone, chrysoprase, and carnelian comes under this category. 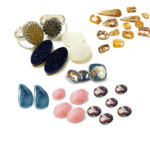 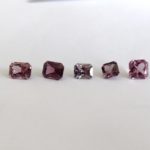