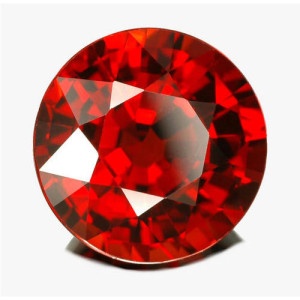 Garnet is one of the gemstones which come in more than five colors. In the gemstone industry, the garnet family is the largest and varied, with species ranging from the red-colored almandite, pyrope to the emerald substitute green tsavorite and orange-reddish spessartite.

Garnet species are different in color but comes under one category, why?
Different garnets (Almandine, pyrope, tsavorite, spessartite, demantoid, grossularite, and rhodolite) have a common crystal structure but different chemical composition, that’s why all these are kept under one category.

Pyrope Garnet information –
Pyrope Garnet Colour – It is also called “Indian Garnet”. This color of garnet comes dark red with red luster in small sizes but in big sizes, this color goes black and does not look good. For example, if you buy 7×5 ovals of pyrope garnet then you will get good color dark reddish but if you go for 15×8 Ovals pyrope then you will get blackish-red.

Pyrope Garnet Cut and Shape – These stones come in a variety of shapes and cutting; faceted, cabochons, etc.

Almandine Color –
Almandine garnet comes in pure red, orangish-red, brownish-red. The deep red color in almandine is most valuable and most desired also.

Almandine Clarity, luster, cut, and shape
Gem quality almandine garnet is semi-transparent. Most of the almandine garnet rough come opaque and do not come in gem cut quality, mostly cabochons are made of this quality of garnet. In Almandine small to medium sizes are faceted and big sizes are cabochons, in this species some garnets cabochons can display star or asterism effect.

Almandine Treatment
This type of garnet is completely natural, not treated in any way.

Spessartite Colour –
Color is spessartite garnet is yellow to orange-red. Reddish-orange is the most popular color, sometimes also referred to as “mandarin spessartite.

Spessartite Clarity, Lustre, cut and shape –
It comes with transparent to translucent and eye clean quality. It comes with a high refractive index and good luster. It is cut both in cut and cabochons. It comes more priced than almandine and pyrope garnet because it is rarer than all the above two.

Hessonite Color –
This comes in deep yellow and cinnamon brown color. This one is higher in price than spessartite, pyrope, and almandine garnet. It comes with small honey-colored inclusions. Bright golden-orangish color is more popular in this.

Hessonite Garnet Clarity, Luster, cut and shape –
In this type of cushions, ovals are the most common shapes, rounds, emerald cuts are also in the run. This stone is transparent to opaque stone. Normally inclusion of honey-colored comes in this.

Hessonite Garnet Treatment –
This is completely natural, not no enhancement is implemented on this.

The difference chart between different species of garnet is here- 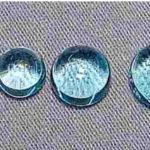 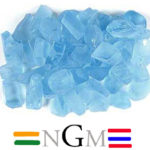