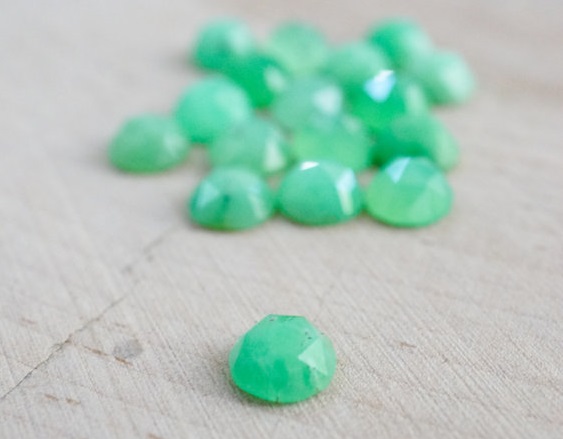 The basics of Chrysoprase, a Semi-Precious Gemstone.

Chrysoprase (Semi-precious stone) is a green chalcedony that owes its “apple green” color to the presence of trace amounts of pimelite, a type of nickel. Chrysoprase is a very close-grained microcrystalline quartz.

Two sources of chrysoprase were discovered recently in Australia, each producing, in substantial quantities, most of the material available in the market today. The first and most important source was a vast deposit found in 1965 at Marlborough Creek, Queensland. The second was unearthed in Western Australia in the Yerilla District in 1992. Material from Marlborough Cheek shows the purest green hue and is the finer of the two. Other sources include Brazil, and Kazakhstan in Central Asia, a legendary find, much of which later was determined to be green opal. Opal of similar color is often associated with chrysoprase. In earlier times it was referred to as chrysopal.

How does the Hue, Saturation, tone shape the Semi precious gem, Chrysoprase?

Chrysoprase is a Semi precious stone as it comes under the category Chalcedony, which itself is a Semi precious stone. The finest chrysoprase is usually described as apple green. It is sometimes called imperial chrysoprase, an obvious attempt at a comparison to jadeite. It is a vivid visually pure green between sixty-five and seventy percent tone. The material from Marlborough Creek normally ranges from visually pure green to slightly bluish-green. Gems from Yerilla may show a yellowish secondary hue. This yellowish secondary hue is considered a fault. Gemstones with even the slightest trace of a visible yellow secondary hue are far less desirable.

Gray is the normal mask or saturation modifier in the Semi precious gem, chrysoprase. The best of the Australian material shows no gray at all and can be best described as vivid apple green. The general run of chrysoprase from these two sources is remarkably consistent in hue, saturation, and tone.

Another variety called lemon chrysoprase is found in Western Australia. It is a pale opaque lime green color and is actually not a chalcedony at all but a nickeloan magnesite.

Clarity –
Ironstone is the normal inclusion found in chrysoprase. However, with the relative abundance of material, chrysoprase is normally cut flawless. Stones from Western Australia will sometimes show small black dendritic inclusions. Any visible inclusions disqualify the stone from being considered top quality.

Color fading –
Chrysoprase, like gem chrysocolla, has a reputation for drying out and fading when exposed to heat or a dry environment. This is certainly true for material from older European sources, chiefly Silesia. This seems not to be the case with material found in Australia; gems from post-Marlborough and Yerilla are stable. However, it is still advisable to keep chrysoprase away from long-term exposure to direct sunlight and other forms of extreme heat.

The rarity factor –
Since the start of the post-millennium, high-quality chrysoprase has been available in quantity and at very low prices. I learned long ago that abundance in gemstone is will-o’-the-wisp here today, gone tomorrow! Whenever a large deposit of any gemstone is found, the material floods the market, temporarily reducing prices. The operative word here is temporary! Deposits, even large ones, are quickly depleted. A successful collector is an accomplished opportunist and should not be put off by a relatively low price. A fine example of chrysoprase is well worth collecting.

If you are looking for more shades of green, which is a mixture of blue and yellow making it the easiest for the retina to perceive. This information may sound technical, but we are crazy in love with the color.

This dominant color in nature evokes a feeling of abundance and is associated with refreshment and peace, rest and security. We have one stunning green color lot, check out here: https://www.navneetgems.com/sapphire-green/ 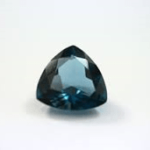 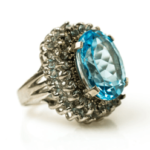