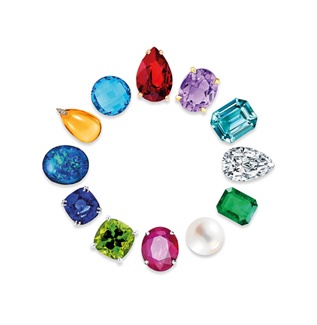 CONFLICT GEMSTONES & MINERALS
Conflict resources are natural resources extracted in a conflict zone and sold to perpetuate the fighting. This can be anything from Gemstones to minerals and mineral oil, as it is the case with ISIS. One of the most notable example of conflict minerals are diamonds. The 2006 Leonardo DiCaprio movie aptly titled “Blood Diamonds” brought the issue to fore. The movie is set during the Sierra Leone Civil War from 1991–2002 and portrays many of the atrocities of that war, including the rebels’ amputation of people’s hands to discourage them from voting in upcoming elections. 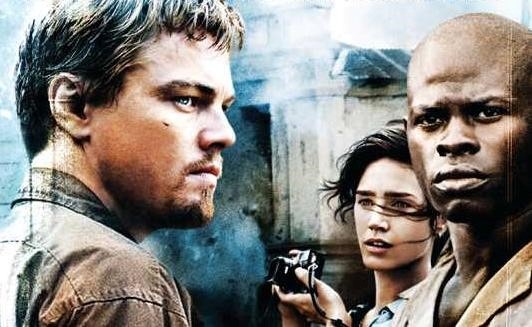 So What Makes for Conflict Gemstones?
Any precious or semi- precious stone that is mined in war zones to perpetuate war, to fund warlords and insurgents are called conflict stones. Diamonds make for the prototype of conflict gemstones and have been nicknamed “blood diamonds” hence. The ongoing conflict in the Democratic Republic of Congo is another example of blatant human rights violation and how the conflict gemstones and minerals further fuel to conflict and prevent early resolution. Child soldiers as young 10 years old are given AK-47 and sacrificed as pawns in war. The children are first used as soldiers to take over the mines and then they are forced to work as slave labor in inhuman and sub human conditions. 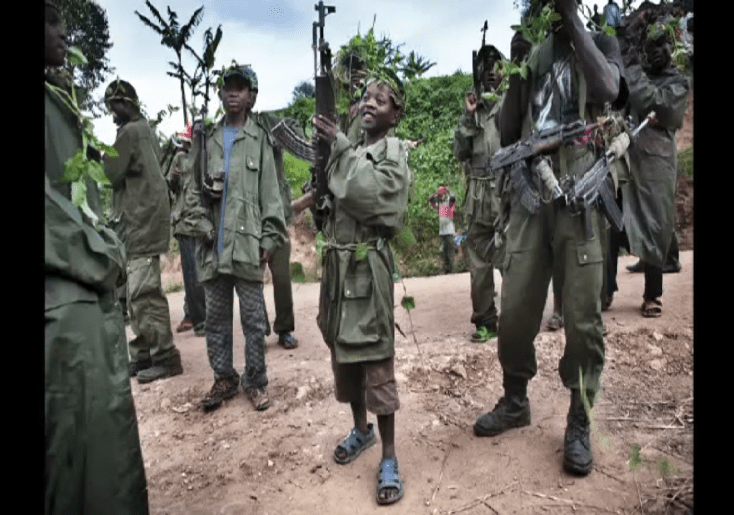 The children are forced to work in these mines 24*7, 365 days a week. Cholera and typhoid epidemics are a common place in such mines. Also due to the lack of accountability there are no safety precautions followed in these mines which leads to numerous deaths because of mines collapsing, landslides and flooding of mines. These workers more often than not made to work with their bare hands or with minimum amount of equipment.

The violence isn’t just limited to the act of war and fighting. Sexual violence against woman is used as means of war with rapes being rampart. In the Democratic republic of Congo 5.5 million people have died as a result of the war and paucity of resources to basic health care facilities. Compared to direct fatalities as a result of the fighting, indirect fatalities far outweigh them. 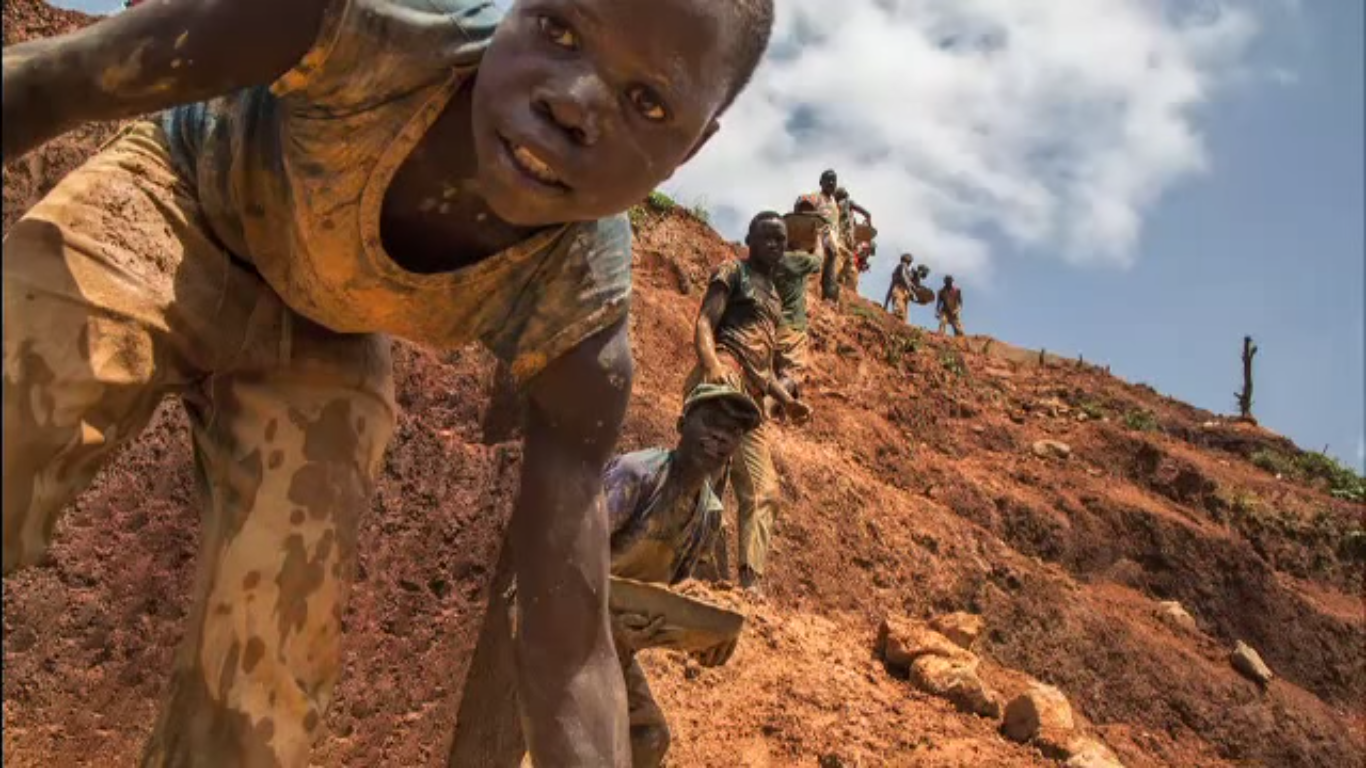 The Kimberly Process Certification Scheme, certified by The United Nations for diamonds has had limited success and is akin to band aid to the whole problem. However, the growing awareness regarding the gore associated with diamonds has definitely introduced a shift in interest to colored stones.
Are colored gemstones conflict gemstones or conflict-free?
The honest answer is one can never really know if conflict free gemstones for certain, unless you buy the stones directly from the source. We at Navneet Gems have gone the extra mile to ensure this. Watch this video that demonstrates a Topaz mine in Sri Lanka.

Why Do we Do this at Navneet Gems and Minerals?
Looking closer to home, the beginning of the 20th century has been maligned by the notorious Khmer Rouge regime, led by Pol Pot. Pailin, a Cambodian town close to Eastern Thailand had become a stronghold for the regime, because of the highly valued blue sapphire. In fact the blue sapphire was comparable to a rare Kashmir or Burmese Sapphire. The knowledge that this gemstone was invaluable, quickly made it one of the first blood or conflict gemstones used to fund the offensive regime. Today, the mines of Pailin are almost empty and a Pailin blue sapphire is rare.
We at Navneet Gems want to ensure our readers that none of our stones are conflict gemstones nor sourced from such conflict areas, as we hold human lives in high respect and regard and only buy ethically mined gemstones and conflict free gemstones.

There is nothing like the Kimberley Process in place to certify colored gemstones as they go from the mine to the market. Colored gems – especially the more valuable ones like ruby, sapphire, emerald, tsavorite garnet and alexandrite – are much scarcer than diamonds. Unlike Burma, in the rest of the places there aren’t enough deposits of the gem to fund them as conflict gemstones. The four most commonly mined conflict minerals are cassiterite (for tin), wolframite (for tungsten), coltan (for tantalum), and gold ore.

Also, though many colored gems are much rarer than diamonds, they are usually significantly less valuable, especially in rough, uncut form. Diamond prices have been controlled by major players such as De Beers, and prices for rough diamonds are kept artificially high. This is not so for colored gemstones, where prices fall when supply increases. There have certainly been conflicts over gems, such as the emerald mafias who fought a war in Colombia in the 1980s to keep the drug cartels out of the emerald business and conflict gemstones.
RESPONSIBLE JEWELRY COUNCIL
During the early part of the decade, a number of industry organizations independently drafted standards for responsible business practices. To establish sets of commonly agreed-upon standards, 14 of the industry’s largest players including diamond miners, De Beers, Rio Tinto, BHP Billiton, several diamond manufacturers, ABN Amro Bank, and major retailers such as Tiffany & Co. and Signet Group—formed the Council for Responsible Jewellery Practices (now called the Responsible Jewellery Council) in 2005 to create minimum standards regarding fair labor practices, environmental sustainability, ethical trading, and transparent business dealings (Responsible Jewellery Council, 2010). By the following year, membership had reached 33 after the council adopted a formal structure, was chartered in London, and promulgated a detailed set of standards in business, environmental, and social areas (Council for Responsible Jewellery Practices, 2006). In December 2008, with codes of practice in place, the council moved into a new phase certifying members’ compliance to its best practice standards.