China
Any discussion on world policy, economics or any major political change around the world is incomplete without China making it’s inadvertent way into the discussion. With the second largest economy in the world,  the Chinese behemoth is showing no signs of slowing down. Some economists argue based on national debt and demographic studies that the Chinese bubble is on the verge of bursting and the dragon will finally be tamed. What these economists don’t take into account is that the Chinese planners have access to the same data and they are working towards fixing the issue. Based on my interactions with the Chinese and my travels in China I feel that China will continue to be a force to be reckoned with all throughout the 21st century.
CHINA W.R.T. THE GEMSTONE & JEWELLERY MARKET
There was always a demand of Gem stones and jewelry in China but the market and its potential was always over-looked in favor of the developed Economies of USA and Europe etc. That was a natural folly as most orders came from those two big markets. What transpired in this world that suddenly the spotlight is on China? A few years ago, in 2007, when the economic downturn happened, that is when China, became a favorite destination of Managing Directors of businesses throughout the world.  Due to the downturn in fortunes of the global economies there was a rush among companies to impose austerity measures so as to cut operational costs in hard times. This led to a lot of companies to set base in China. This step was taken to tap into the Chinese labor market which was cheap and yet had skilled people.  Chinese Gemstones companies benefited from this as they had more buyers for their products and now they had the incentive to go global and reach out to international markets. The west was basically outsourcing their high local costs and China gained popularity as a large Gemstone manufacturer/buyer/producer and a tiny bit of a consumers too. Considering China is the most populated country on earth, a tiny bit by Chinese standards translates to a lot for others.
The Gemstone market in China is mainly focused in and around Beijing, Shenzhen, Shanghai and a few other urban provinces. Beijing & Shanghai are among the more prosperous of regions compared to the national average and other urban settlements. When a person has money he is bound to spend it on luxury. With relaxing of restrictions on information flow the Chinese now are in tune with global trends. This has led to an increased demand of western goods. Jewelry and colored gem stones are no wallflowers and have mirrored the rend of this increase demand of western goods and trends.
According to gemstones retailers and resellers the Chinese seem to have an insatiable hunger for both precious and semi-precious gemstones.
The Chinese are efficient with their work. It was among the first things I noticed at the Beijing airport, and then further at the factories that manufacturer Jewellery and process gem stones. The Chinese do not have the tradition of wearing much Jewellery, jade is an exception to this phenomenon though. But when people have more money than they need, they will spend it. Luxury goods such Jewellery figure are on the top of the list for neo rich people. Also Gold being a good investment has further fueled the Chinese fascination with jewellery.
ROLE OF HONG KONG
Why is Chinas’ Jewellery market smaller when compared to other industries? This is because it lacks brands. This is where Hong Kong comes in. The people in China are brand conscious and the brands based on mainland China weren’t able to build up their brand value. Zhoudafu and Jinzhizun are two big Jewellery companies based in Hong Kong that have capitalized on this folly.
Analysts believe that the Chinese economic bubble has burst which means export oriented Chinese Jewellery companies will slow down. But if the local consumption continues as it is then even though the industry may not show a net growth but it won’t go into decline. It will maintain a plateau which will be fueled by local demand of jewellery and gem stones.
China is strong, in-terms of capital availability, in terms of education and in terms of infrastructure. China reduced the VAT from 17% to 4% on Diamonds in 2009, which is why if you remember led Diamond prices soaring by 25-30% world over .For further enquires on the subject please feel free to contact us at info@navneetgems.com. 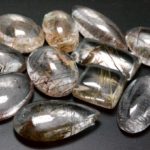 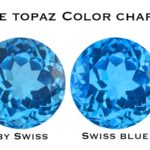